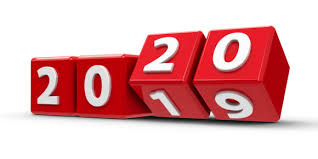 Last year, I guessed that our NSDCC sales would drop 20% due to high mortgage rates, and pricing would stay about the same.  Rates dropped instead, and both sales and pricing stayed about the same as the previous year.

We’ve entered the World Of Concierge, where all participants – flippers, ibuyers, and realtors/brokerages – are rehabbing, improving, decorating, and staging most homes for sale.  The movement has been building for years, and in 2020 we should see full implementation.

It takes some of the sting out of paying full retail, and buyers really don’t mind paying all the money if they get a turn-key home.  Because sellers and agents will be going further to satisfy the retail buyer, we should see more of the softer landing that we saw this year that was caused by dropping rates.

Median +4%. Late year inflation and demand for even negative cash flow rental properties. Volume down only 12%. Lots of deck chair shuffling will look like volume. Reported volume -10% from 2018.

$2m+ volume will increase. Lots of quality properties aging out and none of the kids or grandkids can afford to take possession out of the communal estate. Add to this the “too many houses” crowd both casual investors and the very rich who have made their money and ready to throw off the carrying costs.

Almost nothing sub $550k will show up on the sales sheets.

Interest rates will range between 4.4% (early, briefly) and eventually 5.6% (in Q4). Inflation and banking regulations conspire.

There may be a technical recession that will be over before it is confirmed. People will argue whether there was a recession.

Here is a metric we haven’t followed. Total dollar volume of sales will be flat to slightly down.

But what do I know?

We both thoughts rates would be a problem in 2019, but what do we know?  It’s hard to believe rates could drop lower in 2020, but if they did get into the low-3s it would ignite the market.  Those who have been wanting to move up or down but had a mortgage rate in the mid-3s or higher could now justify moving and getting a lower rate.  If California residents pass the referendum to enable seniors to take their old tax basis with them when they buy up in price, it could also ignite sales (if you believe the California Association of Realtors).

What’s Your Guess?  The closest guesser will get four tickets to a Padres game!

Mr. and Mrs. Dawg did join us for a Padres game this year (vs. the Red Sox).