Be Near Starbucks and Amazon 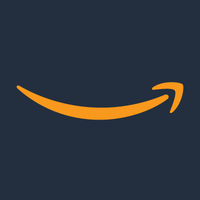 The most phallic logo ever!

One year after Amazon selected Arlington, Va., as the site of its new HQ2, the impact on the housing market has been pronounced. Massive inventory shortages, sky-high price spikes and a blistering pace of sales are now the norm in the metro surrounding Amazon’s second headquarters, propelling it to one of the nation’s hottest housing markets, according to research by realtor.com.

In contrast, New York City, which was initially chosen as one of the two markets for Amazon’s headquarters, is now sitting at a 15 percent decline in home sales, year-over-year. At the time of the announcement, Manhattan saw a massive leap in home sales of 50 percent. Sales in Manhattan maintained strong double-digit growth until February, when Amazon decided to pull out of New York. At that point, sales growth immediately decelerated and then started declining. The median sale price in Manhattan currently sits at $1.04 million, down 15 percent year-over-year.

“The ‘Amazon effect’ has branched out of its home base of Seattle and it has clearly stamped its fingerprint on the Northern Virginia housing market. The impact of the company’s expansion in the suburbs of Washington, D.C. diverges along homeownership lines, with homeowners experiencing noticeable equity gains and buyers feeling the sting of higher prices,” according to George Ratiu, senior economist at realtor.com®. “Following Amazon’s initial announcement that it was scouting cities for a second headquarters, we knew the winner would see a considerable jump in demand for housing, especially from investors and speculators looking to cash in on increased demand. Looking back a year after the announcement, we can see how dramatic the move has been in the market.”

Immediately following last year’s announcement, home sales in Arlington jumped 21 percent year-over-year as investors swarmed in on the area. Initially, the area saw a substantial 17 percent increase in median listing price, but it has only gone up from there. The median listing price in Arlington County reached $863,000 in October 2019, up 33 percent year-over-year.

In part, the massive price appreciation is due to the lack of inventory and swelling demand for housing in the area. As of October 2019, active listings in Arlington County were down 49 percent year-over-year. Without inventory available to meet current demand, buyers are extending their home search farther out. In Northern Virginia, which is made up of 14 counties, active listings are down 26 percent year-over-year.

The lack of available homes has all but assured that any home hitting the market is bought almost instantly. Half of all homes in Arlington are selling in under 28 days — nine days faster than a year ago and 38 days faster than the national median days on market. The market conditions which have catapulted Northern Virginia into one of the nation’s most competitive housing markets can be traced back to two story lines, according to Ratiu.

“First, the nationwide competition drew so much attention, it caused a massive shortage of homes as investors descended on the area, buying homes as quickly as they could. Second, homeowners and investors have been holding out on selling, anticipating that prices will only continue to increase further, which has compounded the area’s inventory shortage, and further increased home prices, testing the area’s limits for what buyers are willing to pay,” he said.