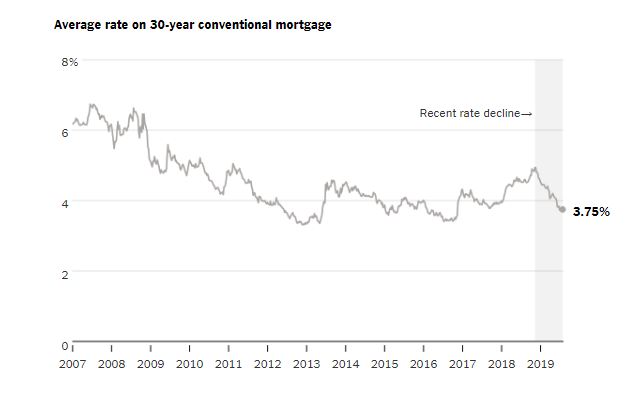 So we got the expected 1/4% from the Fed, and mortgage rates didn’t move – it was priced in.

What’s worse is talk of another Fed cut is needed just to keep mortgage rates where they are today.

That means, all other things being equal, if the Fed were to say “we’re done cutting for now and will keep rates at these levels for the next 6 months,” you’d see an immediate and rather large move higher in rates.  In other words, we’re already counting on another 1-2 Fed rate cuts simply to sustain the low rates that are already here.  If those cuts don’t come, rates will move back up.

It sounds precarious, doesn’t it?

Eventually, people will start wondering, “Are home prices going to come down?”

Homes priced under a million should be fine for now; it’s the higher-end that could struggle.

If sellers can just live with the same money as the last guy got, we should muddle along….for now.