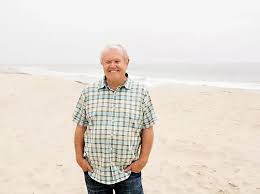 Shouldn’t Matt Hall sell his downtown properties or resign as mayor so the regular political process can be conducted?

There will be no moratorium on development in the Village and Barrio.

The City Council decided to not move forward with the proposal brought forward by Councilwoman Barbara Hamilton during its June 25 meeting after receiving feedback from city staff and discussion regarding a lack of standing to make such a move.

Cities can adopt interim, urgency ordinances prohibiting uses in conflict with a general plan, specific plan or a zoning proposal. However, a four-fifths vote is needed, along with a finding of a current and immediate threat to public health, safety or welfare.

But since Mayor Matt Hall was recused due to financial interests in the Village and Barrio, a majority vote would have been required for a moratorium.

Those issues include housing and parking in-lieu fees, historical preservation, permitted uses and “decision-maker definition.” The council also passed a decorative lighting study in the Village, 4-0 (Hall was recused).

Hamilton said she her goal was to take a step back from the construction and ongoing redevelopment to assess the area’s needs on a larger scale. Specifically, affordability was a big topic of discussion as the council attempts to incorporate more affordable housing in those neighborhoods.

A majority of speakers, meanwhile, railed against the proposed moratorium saying it would only increase rents and negatively affect businesses.

Michael McSweeney, senior public policy advisor for the San Diego Building Industry Association, did not hold back against the proposed moratorium.

“This is something unprecedented,” he said. “In the middle of a housing crisis, we want to talk about stopping. That’s the equivalent, in my mind, if there’s a wildfire we’ll talk about water rationing.”

He, along with others, also questioned where the danger to public health safety was to call for a discussion about a moratorium, which must have been proven to enact an urgency ordinance of 45 days.

Brendan Foote, who does adaptive reuse, said the council is missing one point regarding affordable housing, the cost of land. A starting point of $200,000, for example, to purchase the land, plus thousands of dollars for city fees and then construction costs make affordable units unattainable.

“I love and respect the charm of Carlsbad Village and don’t see it going anywhere,” Foote said. “We want to see positive change. We need to get a little more creative and look at this dwelling units per acre.”

Hamilton then pivoted away from the moratorium and asked for her other concerns be prioritized before the council.

Councilwoman Cori Schumacher said it was not prudent for a moratorium, as it is up to the council how to apply the tools at their disposal for development. Also, the council does not have final authority over projects in the Barrio under the new master plan.

The Planning Commission has final say, but the council will consider taking over final approval when the master plan returns on Aug. 20.