We saw yesterday that fewer NSDCC homes have been coming to market this year, in spite of record pricing.  Boomers are reluctant to move for several reasons; aging-in-place, higher mortgage rates, and kids aren’t moving out because of affordability: 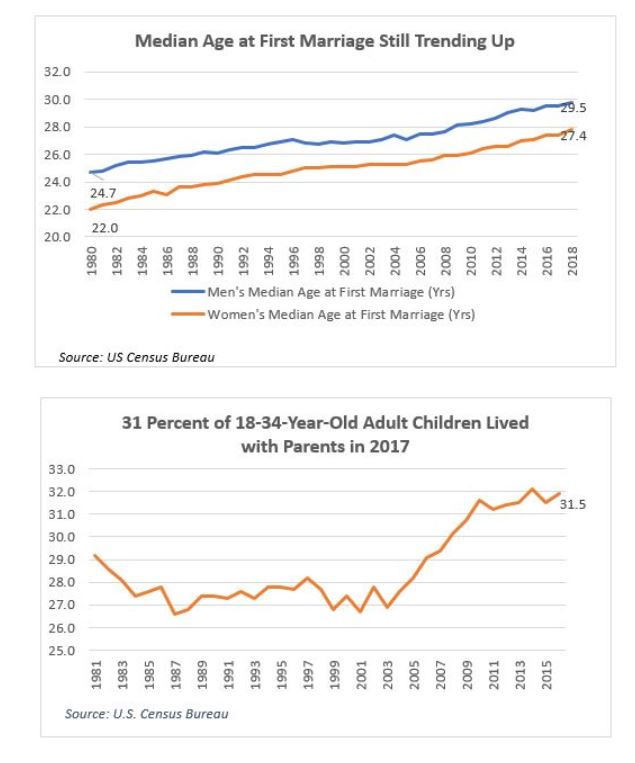 The decline in mobility rates is also reflected in the lower turnover rate, or the ratio of existing homes sold to owner occupied housing stock.  In 2005, there were nearly 10 houses sold for every 100 owner occupied homes. The turnover rate dipped to 4.8 in 2010 Q3 and was on the rise as the housing market recovered, peaking to 7.3 in 2017 Q1 and Q2. It has since fallen to 6.8 homes in 2018 Q3, as interest rates have increased.

In the 1980s we had roughly twice as many people moving, but rates were dropping precipitously from 18% to 10%, and boomers were much younger. We don’t have either of those going for us now, and boomers are still in control of our destiny – could sales keep dropping?