Older investors, who also own the greatest percentage of equities than any other demographic, may opt for more risk aversion in the decade(s) to come. Over the past 4 weeks, redemptions totaled $164 billion, more than 1% of the money in stock and bond funds, according to Investment Company Institute data. Maybe safer to place that money in real estate? In 2001, 27.8 % of the U.S. population was 55 or older. This will grow to 35.4% in 2019. Yet many elderly people are working longer these days, especially the wealthy….

$1 trillion of China’s $24 trillion wealth is held abroad. New tax policies may impact rich Chinese citizens including a new GIFT TAX of as much as 20%. In the past, the rich could avoid paying taxes on overseas earnings by acquiring a foreign passport/green card, while keeping their Chinese citizenship. This won’t work starting in January as the government will tax global income from all holders of “hukou” household registrations regardless of whether they have any additional nationalities. New property tax laws are in the works too. (Bloomberg)

A recent Spectrem survey of U.S. investors with $25 million or more reveals:

While the drumbeat of negative press grows fueling the philosophy that we are entering a recession soon, I recently read an opinion by Goldman Sachs that phrases what is happening right now as something different. The Great Moderation is the name given to the period of decreased macroeconomic volatility experienced in the United States since the 1980s. During this period, the standard deviation of quarterly real GDP declined by half, and the standard deviation of inflation declined by two-thirds. Goldman believes what is happening right now is very similar.

Are the market mechanicals in a different place now compared to previous recessions? Possibly. Certainly the housing sector is in a very different place today than where it was in the last, Great Recession: there is actually a notable under-supply of several classifications of properties, most notably affordable ones. Add to this that pricing has scaled back and interest rates are down 11% off their high’s of 2 months ago and no major sub-prime market. This is definitely not the picture we had a decade ago at all.

Equity markets have corrected notably too. Goldman believes the economy of 2019 is built to absorb the kinds of shocks of previous recessions. Only time will tell whether this is correct or not, but maybe we should view what is happening right now as THE GREAT MODERATION, a time when things get re-balanced and corrected based on red flags BEFORE explosions happen. 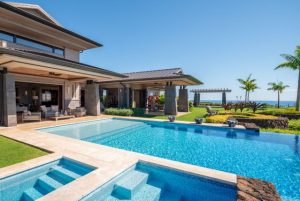 A recent WSJ poll (250,000 votes) to determine which of the 52 homes they featured was the “house of the year”, reveals some interesting insights about what a dream house is…. The winning home was a large house in Hawaii. New York and California contributed 36% of the winners. Here are some observations: