What’s it going to take to get the real estate market going?

You could say that sales and pricing were at full speed between 2013 and 2017.  What’s the common denominator? Low mortgage rates.

In the graph above, it’s apparent there’s been rate-tolerance up to the 4.2% range over the last few years – which had to fuel home sales.

In the Frenzy of 2013, rates didn’t matter much, but by 2014 you can see it took some incentive to keep the party going. National home sales: 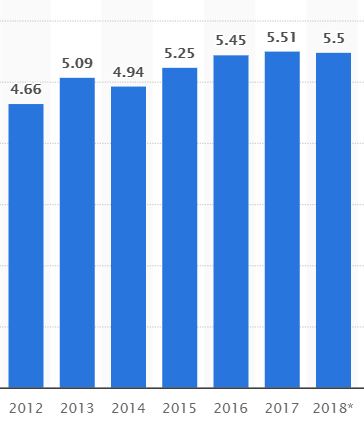 The times when rates have risen over 4.2%, they retreated quickly – except in early 2018.  Once we got into the second half of last year and rates had risen into the high-4s, the housing market stalled out.

The stock market helped too, but now it’s nervous time over there:

A jittery stock market could help housing if people take money off the table, and diversify (which is code for Help the Kids With Their Down Payment).

Are mortgage rates going to go down further?

We dodged a bullet on Friday when the monster job report was released – there was enough concern about the negative variables that rates didn’t jump much: 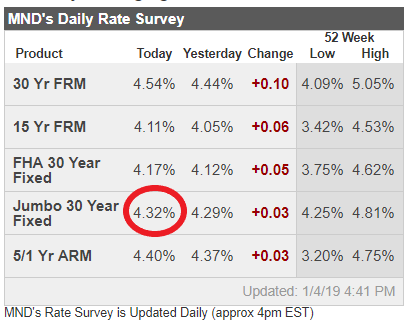 We can’t count on any help coming from the Fed, the stock market, Trump, Congress, AOC, etc. – we’re going to have to handle it ourselves.

Whoever can solve the mortgage-rate riddle, and get them under 4.2% – or because of the other turbulence, under 4.0%, should win the game.