Two Out Of Five, For Now 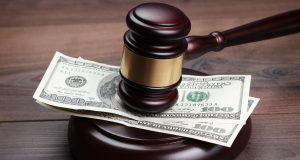 This is a real estate blog, not political, but legislation gets passed that affects real estate decision-making.

Here is what the HW said we can expect from the new HofR:

But let’s go back to the tax reform passed in December.

Nobody has brought this up yet, so I’m just speculating.

The original proposal was to change the 2-out-of-5-year residency requirement to five out of the last eight years in order to get up to $500,000 tax-free profit.

This provision was conceded, and all the talk centered around the lowering of the MID and the limits on the SALT deductions.

But when the final bill was passed, they didn’t change the residency requirement to the five-out-of-eight version.  It is still the two-out-of-five requirement today.

If the Democrat-led House of Representatives decides to re-visit the tax reform, there will be a lot of yelling and screaming.  But if they cut deals in the end to pacify everyone, it’s the five-out-of-eight requirement could be one of the concessions – because there wasn’t any resistance to the change last time.

It won’t matter to long-time homeowners, but for those who purchased in the last 2-3 years and were thinking of moving up or out with tax-free profit, this could hamper the plan.