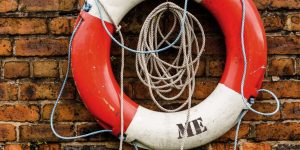 Did you know that our Homeowners’ Bill of Rights expired?  Don’t worry – the state legislature has a new bill in place to reinstate many of the old provisions:

Article on the CA HBOR

I found the end of the article somewhat intriguing.  The author explains that because of rising mortgage rates, sales will slow and prices flatten or drop:

The original Homeowner Bill of Rights was scheduled to expire in 2018, undoubtedly because the 2012 legislature figured the foreclosure crisis would be well over by now.

They were right — foreclosures reached a healthy level in 2016, and have remained low well into 2018. But the cycle of housing boom and bust continues to roll on, and the next recession is approaching on the horizon.

Experts forecast the next economic recession to arrive in 2020. Leading up to that recession, home sales volume will slow (as it is already in the process of doing) and home prices will flatten and drop off, expected to begin in 2019. This is all precipitated by rising interest rates, which have dampened buyer purchasing power and discouraged homebuyers.

Slowing sales and falling prices inevitably lead to an uptick in foreclosures as fewer homeowners who need to sell are able to. However, the 2020 recession won’t see the same type of foreclosure activity that reached a crisis level in 2008 and the years following. The laws put in place in the recovery years have stemmed the tide of unqualified homeowners, thus more homeowners will be able to continue to pay their mortgage during the coming recession than in 2008.

She notes that because home purchasers had to qualify, there will be fewer foreclosures the next time around – good!

For home prices to drop, we would need motivated sellers who will agree to sell for whatever the market will bear – like the bank clerks used to do with REOs.  But with fewer (if any) foreclosures, who is going to dump on price?

Expect that any dip in pricing will be gradual and drawn out.  Homeowners aren’t going to give up their equity easily, and would rather spend a few more years in paradise than believe the dreamy value of their home is wrong.