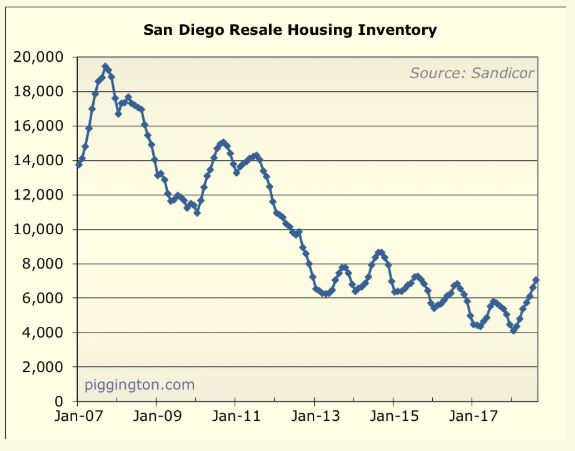 Rich didn’t sound any alarms in his most-recent post, and he is among the most neutral observers – he’s not in a real-estate-related profession.  He said:

So, there’s nothing extraordinary or panic-worthy here… the market is a good amount weaker than it was in recent times, but that’s coming from a very hot market, so things are still very much in the realm of normalcy at this time.

You can see why.  The inventory remains relatively low, and it wouldn’t take much for it to plunge again.  Rich made the point that with both rates and prices higher, we may have reached the tipping point, but if one or both were to relax a bit, the current inventory would thin out.

You can see in the graph above that the inventory peaked in the middle of the year previously, when in 2018 it’s kept growing.  We may just have more sellers waiting longer into the year before cancelling their listing for the holidays.

This graph doesn’t trigger any alarms either: 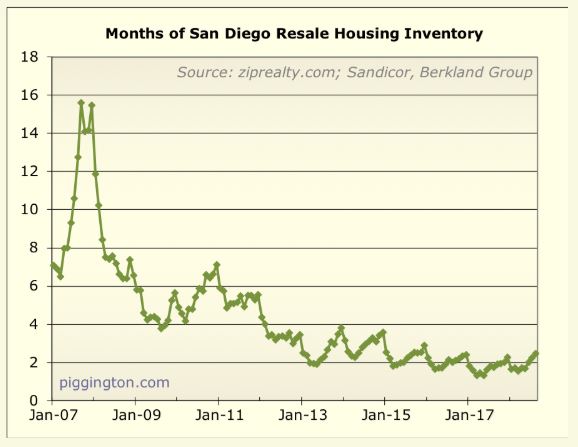 More factors that will create more Stagnant City, instead of a downturn:

The total number of NSDCC listings are steady, in spite of more ‘re-freshing’ than ever:

As long as fewer people want to sell, expect more of the same.