One-Third of Boomers Don’t Have $25K 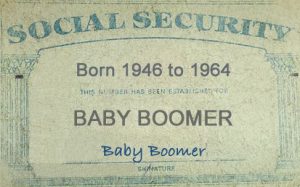 Will the day come when boomers need to sell their house to survive?  The reverse mortgages have offered a solution for some, but they are expensive and loan limits have been cut back recently.  The general real estate market may not feel the impact of boomers running out of money, but you could see flare-ups of more inventory in older areas.

The grim outlook for many Americans approaching retirement age has some new stark statistics: One-third of respondents in a recent survey said they’d saved less than $5,000 for retirement.

Among baby boomers, one third said they had $25,000 or less in retirement cash available, according to a new data release from life insurance provider Northwestern Mutual.

Looking at the wider pool of Americans in general, 21% reported that they had zero retirement savings, while exactly three quarters agreed that Social Security is unlikely to exist in its current form when they eventually retire. And just about half said they’d done nothing at all to prepare for a future in which they outlived their retirement savings — despite the fact that two-thirds said that scenario was at least somewhat likely.

“As financial implications of retirement become increasingly complex, inertia just isn’t an option,” Northwestern Mutual vice president of planning Rebekah Barsch said in a statement announcing the results. “The good news is that it’s rarely too late to start.”

The survey also revealed that many Americans have resigned themselves to the idea of working longer before retiring, a strategy that’s increasingly preached even by financial planners. Nearly 40% of respondents in the Northwestern Mutual poll said they would work until at least age 70, more than the 33% who said they were targeting a retirement date sometime between 65 and 69.

In addition, the desire for more disposable income slightly outweighed professional satisfaction when respondents were asked why they planned to work past 65. That’s a shift from 2015, when the same study determined that 66% of Americans simply wanted to continue working for the fulfillment of it — as opposed to 60% who cited income as a concern.

“Continuing to work later in life should be a personal choice and not a mandatory requirement for survival,” Barsch said. “Proactive financial planning can be the difference between a desired and a default retirement lifestyle.”