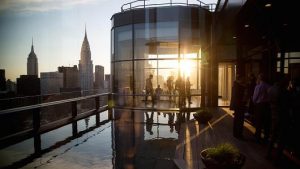 Higher-end markets are demonstrating what happens when you have ample inventory – though price will fix everything wrong here.  From cnbc:

Real estate sales in Manhattan plunged 25 percent in the first quarter from a year ago, as the new federal tax law, stock market swings and a glut of luxury condos spooked buyers.

Jonathan Miller, president of Miller Samuel, said the uncertainty over the new federal tax law — which prevents residents in high-tax states like New York from deducting their state and local taxes — weighed on the market. In addition, closings at new condo towers have largely dried up, making the decline look even steeper. Add to that the recent swoons in the stock market, which New Yorkers watch closely, and you have buyers who are increasingly deciding to sit on the sidelines.

“There is a lot of uncertainty embedded in the market,” Miller said.

The high end of the market is getting hit the hardest, since it’s the most discretionary segment. Prices for luxury apartments in Manhattan fell 15 percent and sales were down 24 percent in the quarter from last year.

With so many luxury apartments still overpriced, they are now sitting on the market on average of more than a year and a half — a 50 percent jump over last year.

Miller said the central problem at the upper end of the market is asking prices. Many sellers have yet to lower their prices in keeping with the tax law changes and general slowdown since 2014.

“The next couple of years will be all about price discovery,” he said.

Our first quarter turned out better than expected.

Last week I thought we’d be hitting about 550 sales, but we’re already up to 565 with more late-reporters to come: