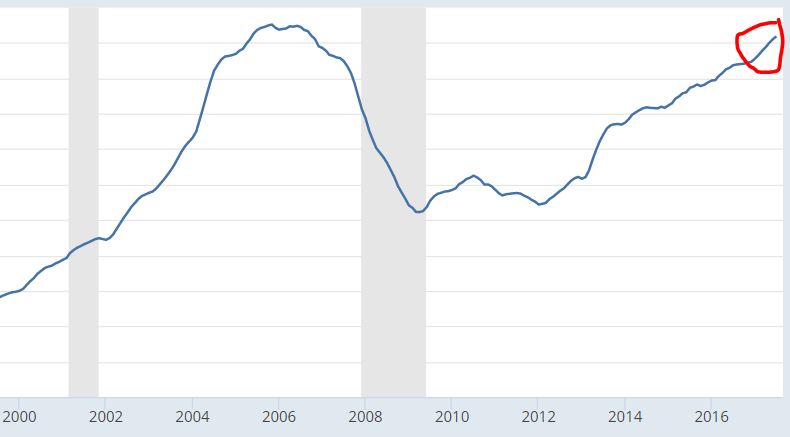 Our San Diego Case-Shiller Index is having its best year since 2013, and on track to set a new record later this year!

Seattle, Las Vegas, and San Diego reported the highest year-over-year gains among the 20 cities. In August, Seattle led the way with a 13.2% year-over-year price increase, followed by Las Vegas with an 8.6% increase, and San Diego with a 7.8% increase. Nine cities reported greater price increases in the year ending August 2017 versus the year ending July 2017.