San Diego Bubble: Not Yet 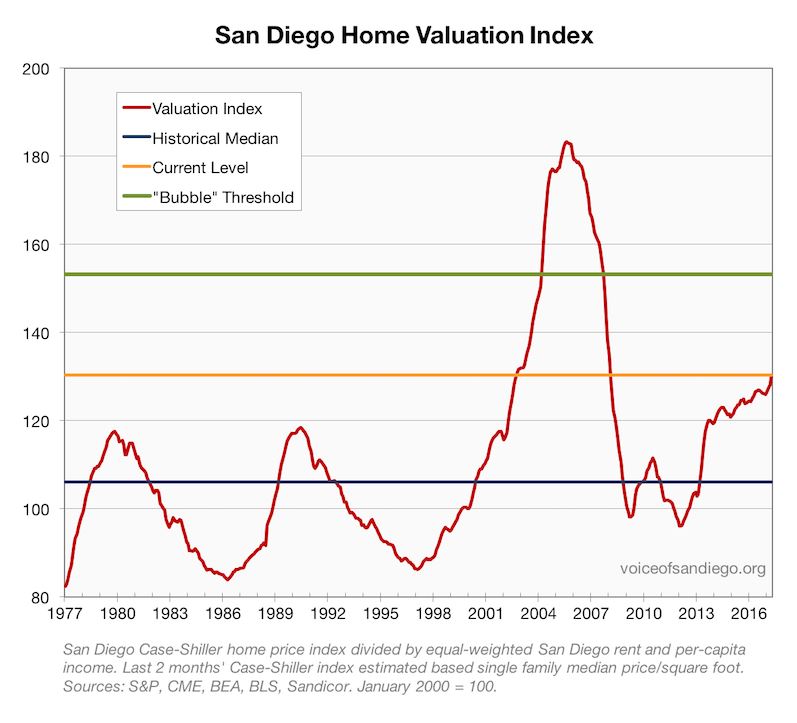 A bubble perspective from our friend Rich Toscano!

With the median San Diego home price recently having exceeded its prior bubble peak, there is some concern that the housing market may be entering bubble territory again. But while San Diego’s housing market is certainly hot, and its home prices a good deal more expensive than usual, it’s hard to make the case that this is a genuine bubble.

A bubble is more than just a market that’s become pricey. Investment bubbles are characterized by extremes in two areas:

• Valuation: Prices become exceptionally high compared with the economic factors that have typically driven pricing in the past. Often, prices and valuations will experience very rapid increases.

• Psychology: Investors are optimistic to the point of euphoria. They are dismissive of risks (and skeptics who raise them), and seem to fear only missing out on further gains.

San Diego housing in the mid-2000s was an absolutely classic bubble. From 2001 through 2005, local home prices increased 63 percent faster than incomes and rents. At their peak, home valuations reached 73 percent above the historic norm; the highest it had gone previously was 12 percent above normal, and that had led to a six-year downturn. By mid-bubble, prices — already totally unhinged from their fundamentals — were growing at a blistering pace, as much as 33 percent in a single year.

As for the sentiment … I was a housing skeptic on these pages, so I could go on at length. Suffice it to say that one reader informed me that by not buying a house, I was dooming myself and all my descendants to be part of a new permanent underclass of non-homeowners. That was one of the nicer comments.

Things look quite a bit different in 2017.