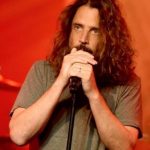 Keedick was clear that he didn’t believe Cornell seemed depressed during the show, and that he was in “good spirits” when he did sound check.

Keedick’s account seems to coincide with the statements provided by both Cornell’s wife, Vicky Karayiannis, and the family lawyer after his death was ruled a suicide, where they insisted that he would not intentionally take his life and leave his family behind, and that they believed that his confession he had taken an “extra Ativan or two,” may have influenced his decision to take his own life.

“When we spoke after the show, I noticed he was slurring his words; he was different. When he told me he may have taken an extra Ativan or two, I contacted security and asked that they check on him,” Karayiannis said in a statement. “What happened is inexplicable and I am hopeful that further medical reports will provide additional details. I know that he loved our children and he would not hurt them intentionally by taking his own life.”

Despite the initial autopsy confirming that Cornell committed suicide by hanging himself from the top of his hotel bathroom door, his family has maintained that his taking his own life was a decision he made while suffering from the adverse effects of Ativan, which he took for anxiety, or potentially other substances.

Ativan is a drug that is primarily prescribed for treatment of seizure disorders like epilepsy, though it can be prescribed for anxiety as well. Side effects however can include drowsiness, confusion, and depression, self-harm and suicidal thoughts. It is also known to cause dependency in individuals with histories of alcoholism or drug abuse.

He has several videos with views in the 8 and 9-figures!