Trump Tax Plan and the M.I.D. 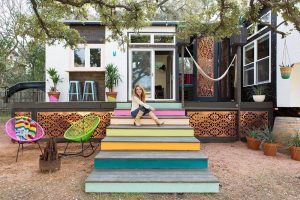 Hat tip to SWM for sending in this clarification regarding the point at which the M.I.D. is an advantage.

U.S. Treasury Secretary Steven Mnuchin has taken pains to stress that the Trump administration isn’t out to kill Americans’ beloved mortgage-interest tax deduction — but a side effect of the plan could turn it into a perk for only the wealthy.

President Donald Trump has proposed rewriting the tax code to raise the standard federal deduction to a level where about 25 million home­owners would no longer take advantage of the century-old break.

A married couple would need a home-loan balance of about $608,000 — almost triple the mortgage on a median-priced U.S. home — before using it would make sense, according to a new analysis by property-data provider Trulia. That would be up from about $322,000 today.

Without the incentives, along with a proposed end to local property-tax deductions, home sales may be hurt in cities where prices are rising quickly and buyers are stretching to afford their purchases, from Denver and Portland to Boston and Washington, D.C. Reduced demand would weigh on values, causing price declines nationwide, according to the National Association of Realtors, which opposes the change.

The proposal “is a backdoor way of rendering the mortgage-interest deduction close to worthless,” said Mark Zandi, chief economist for Moody’s Analytics.

Prices may fall 10 percent on average nationwide, taking into account the lack of deduction for state and local property taxes, according to a preliminary estimate prepared by a consultant for the National Association of Realtors. Zandi, of Moody’s, said the proposed deduction changes would reduce prices by about 4?percent nationally, including the property-tax impact, with bigger decreases in pricier parts of the country.

Economists have been critical of the mortgage-interest deduction because it disproportionately benefits people with more expensive properties, including many who would have purchased even without the break. It also inflates home prices because buyers often overestimate their tax savings when they’re budgeting for a purchase, said Dennis Ventry, a professor at University of California, Davis, School of Law who has studied the program’s history.

Trump’s plan might boost homeownership rates over time because a drop in prices would improve affordability and the standard deduction would give buyers more money to spend on a house, Ventry said.

The real-estate industry is lining up against the proposal, including the powerful National Association of Realtors, which spent $10.2 million lobbying Congress in the first quarter, more than any other organization except the U.S. Chamber of Commerce, according to the Center for Responsive Politics.

Trump’s plan also targets tax deductions for state and local taxes paid — a provision that would hurt homeowners in states where property taxes are high.

“One of the big reasons for homeownership is the ability to deduct property taxes,” said Coldwell Banker Realtor Kevin Cascone, who’s based in Westfield, New Jersey. “If that’s eliminated, what’s the difference between renting and buying?”