This comes from the nytimes.com, not me:

MIAMI — Real estate agents looking to sell coastal properties usually focus on one thing: how close the home is to the water’s edge. But buyers are increasingly asking instead how far back it is from the waterline. How many feet above sea level? Is it fortified against storm surges? Does it have emergency power and sump pumps?

Rising sea levels are changing the way people think about waterfront real estate. Though demand remains strong and developers continue to build near the water in many coastal cities, homeowners across the nation are slowly growing wary of buying property in areas most vulnerable to the effects of climate change.

A warming planet has already forced a number of industries — coal, oil, agriculture and utilities among them — to account for potential future costs of a changed climate. The real estate industry, particularly along the vulnerable coastlines, is slowly awakening to the need to factor in the risks of catastrophic damage from climate change, including that wrought by rising seas and storm-driven flooding.

But many economists say that this reckoning needs to happen much faster and that home buyers urgently need to be better informed. Some analysts say the economic impact of a collapse in the waterfront property market could surpass that of the bursting dot-com and real estate bubbles of 2000 and 2008.

The fallout would be felt by property owners, developers, real estate lenders and the financial institutions that bundle and resell mortgages. 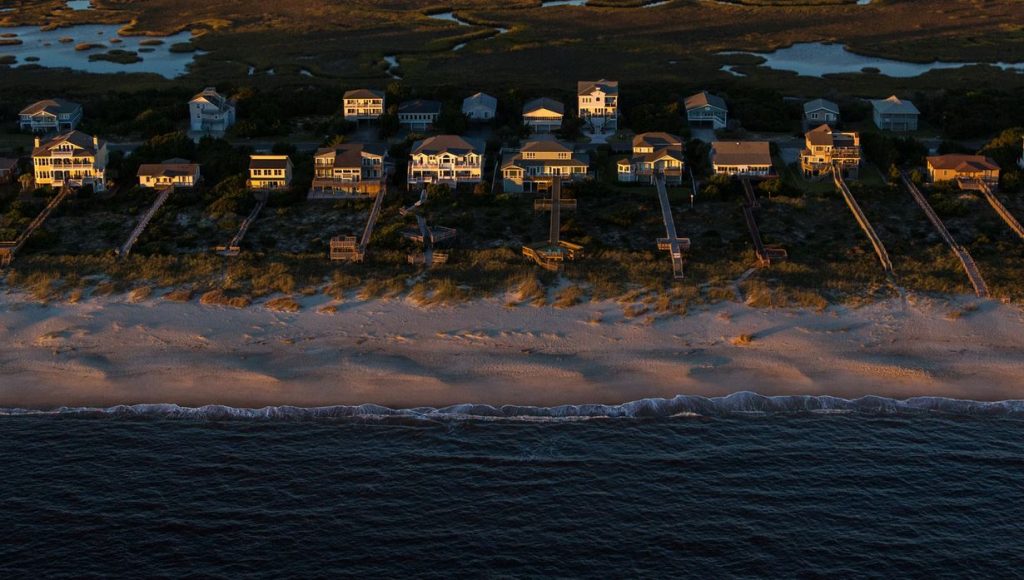