San Diego Not In Bubble 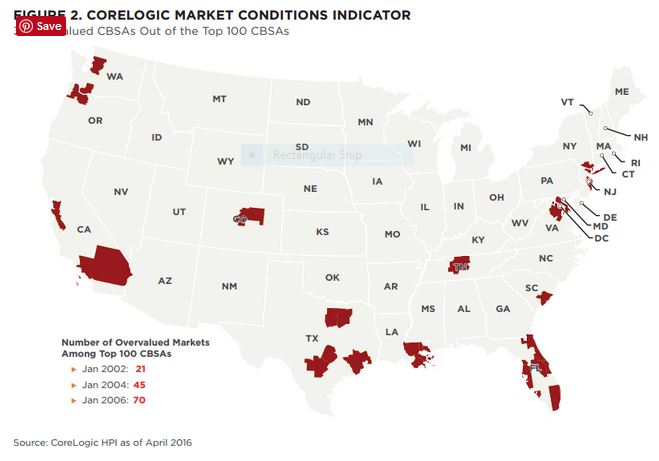 Here is some real bubble talk – by experts!

In the last four years housing prices, according to CoreLogic’s Home Price Index (HPI) have risen 40 percent.  So, are we heading toward a repeat of the 2005-2006 housing bubble?  In a two-part analysis in the current issue of CoreLogic’s MarketPulse, Mark Liu, principal economist, offers some reassurance.

First he defines just what a bubble is, using the words of Nobel Laureate Economist Joseph Stiglitz.  “If the reason that price is high today is only because investors believe that the selling price is high tomorrow – when ‘fundamental’ factors do not seem to justify such a price – then a bubble exists.”  Under that definition Lieu says, the high price growth rate alone is not evidence of a housing bubble.

Instead one must identify fundamental factors in housing markets and see whether the price growth rates can be justified by these factors and then identify metrics to capture the belief that the selling price will be high tomorrow.

Liu puts two metrics for measuring the fundamental factors; price to income and price to rent, and two for capturing Stiglitz’s speculative belief.  He calls those the Flipping Index and the Fraud Index.

In the price-to-income view of housing economics there is a stable relationship in the long run between house price and income. CoreLogic’s Market Condition Indicators show that the long-run sustainable HPI is derived from the historic relationship between home prices and disposable income per capita coupled with the principle that home prices cannot outpace growth in household income forever.  Over shorter periods home prices can exceed or fall below the long-run trend but not over a longer time because housing becomes unaffordable.  At that point demand decreases causing home price growth to either slow or decline and realign with income levels in each market.

CoreLogic calculates the gap between actual HPIs and their long-run sustainable levels and defines an overvalued market as one in which the home price is more than 10 percent above its long-run sustainable level.  Using this metric Liu identifies 31 markets among the top 100 Core Based Statistical Areas (CBSAs) that are overvalued.  These include Seattle, Portland, and areas in California, Texas, and especially Florida.  He puts that number in perspective with historical similarities; there were 21 overvalued CBSAs in 2002, 45 at the beginning of 2004, and 70 in January 2006.  Therefore, if the country is indeed heading toward another bubble, which he doubts, it is currently at a stage equivalent to 2003.