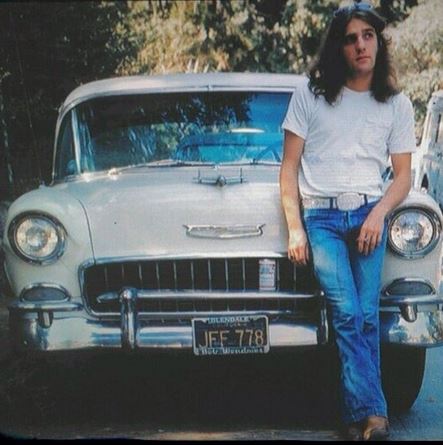 A Chevy, a Budweiser, and a big belt buckle – what else do you need!

I didn’t take notice of the Eagles until Joe Walsh joined in 1975. We had Joe’s 8-tracks and thought he was a great rocker, but wondered how he would fit in a country-ballad band. Their next album, Hotel California, was the answer.  Donna and I did see the Eagles at the Murph in 1994, with Big Head Todd and the Monsters as the opening act – were you there?

Here is Glenn playing lead guitar at the California Jam in 1974, with Jackson Browne filling in for Don Felder (whose wife was having a baby).

Did you know that in the later years, they cut back the lyrics of Tequila Sunrise? Here is the original version, with extra lyrics starting at 2:25-min mark: