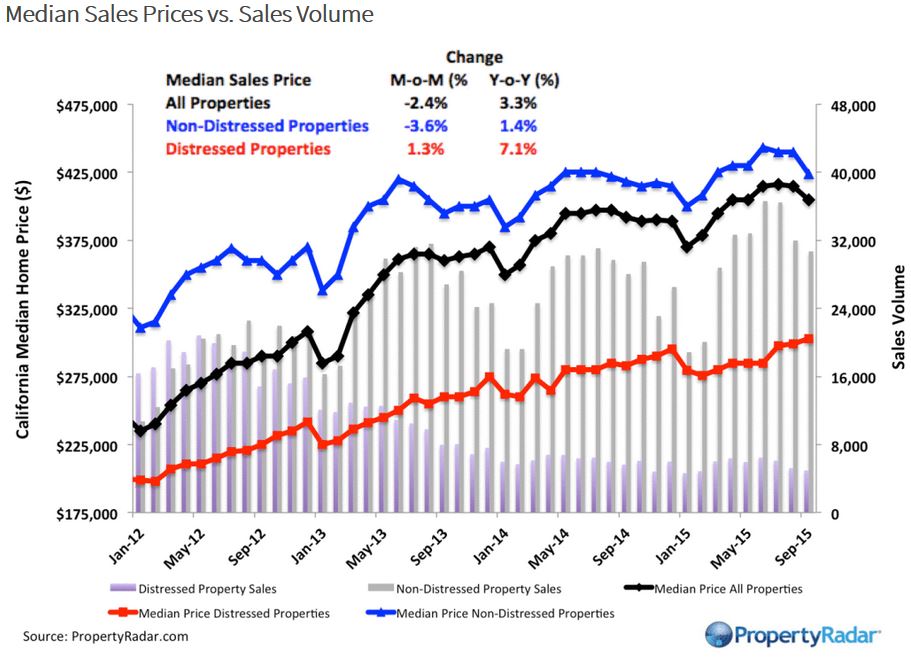 People get excited about home prices going up or down based on the median price statistics, which are easily skewed.  The explanations are humorous too, where the declines tend to be dismissed, and increases lauded (in bold below).

Prices may be up on a yearly basis, but Schnapp said that price appreciation in many parts of the state has slowed or stopped entirely.

In fact, on a monthly basis, prices were lower in 21 of California’s 26 largest counties, Schnapp said.

San Francisco prices fell 11.8% for the month but the decline is likely an artifact of the mix of homes sold rather than an actual price decline, PropertyRadar’s report showed.

On an annual basis, prices are still appreciating, but in general at a much slower pace.

Schnapp said that in September, more than half of all homes sold in San Francisco and San Mateo counties exceeded $1 million.

“I am frequently asked how long can this continue?” Schnapp said of the San Francisco price explosion. “My answer is, ‘Until you run out of eager buyers and bankers willing to lend,’ and we clearly are not there yet.” 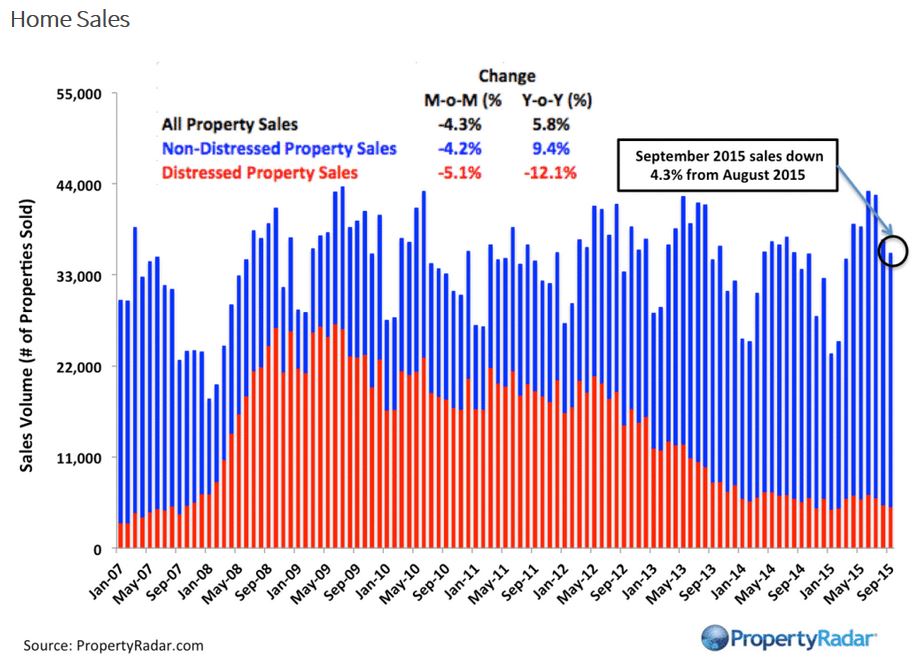