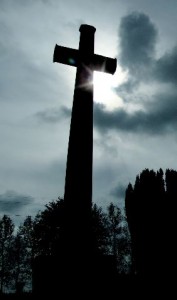 Thank you daytrip for sending in this story about sellers who didn’t disclose a death on the property – an excerpt:

Over the next 15 years, Bell traveled all over the world, dividing his time between massive disasters and lurid scenes of tabloid horror. He examined such famously stigmatized properties as JonBenét Ramsey’s house, the Lower Ninth Ward of New Orleans, the nuclear-weapons test sites of the Bikini Atoll, businesses looted and burned in the Rodney King riots, the California estate where actress Sharon Tate was killed by followers of the Manson family, Chernobyl, the Rancho Santa Fe mansion where 39 members of the Heaven’s Gate cult committed suicide, the field in Pennsylvania where United flight 93 crashed, and the World Trade Center. For around $400 per hour, Bell would advise sellers on how to price their stigmatized property or make it more attractive to prospective buyers.

To determine an event’s effect on property value, Bell takes the price of a comparable, unstigmatized property and, using case studies drawn from his own research, calculates a percentage of depreciation. The exact percentage depends on the severity of the stigma, the elasticity of the local real estate market, and a host of other factors that can intensify or diminish the impact. Suicides, according to Bell, create less stigma than murders, but both create more than sexual assaults. Unsolved crimes create more stigma than those for which a suspect is apprehended. A murder that happens indoors creates more stigma than a murder that occurs outdoors. A murder involving a child is especially bad. Widely reported crimes create dramatically more stigma than those that are ignored. Peaceful deaths and nonviolent crimes carry little to no stigma. Murders in low-crime neighborhoods tend to attract more stigma than murders in high-crime areas.

On average, most stigmatized properties, Bell estimates, sell at a discount of between 15 percent and 25 percent and take significantly longer to find a buyer.

Bell says, though, that even the worst stigma eventually fades. A house is usually unsellable immediately after a crime. But within three to seven years, most properties recover nearly all their value. Forgotten violence loses its power to haunt.

“The financial penalty Mrs. Milliken has suffered was entirely avoidable had the sellers from whom she bought her home merely exercised a little more integrity and a little less greed.”