Haven’t seen one of these in a while. From nbc7:

“It’s alright,” Jeffrey Goddard said to a group of neighbors on the street as officers escorted him to a patrol car in handcuffs. “I’ll be back.”

Days earlier, neighbors said Goddard told them he deserves to live in the Clairemont house where he’d spent nearly every night for more than a week.

Thing is, he didn’t buy the house and he isn’t renting it either.

Goddard told officers he saw it on the news last month, after carbon monoxide poisoning sent the 84-year-old homeowner to the hospital. The homeowner’s adult daughter was found inside the home dead.

Soon after, neighbors tell NBC 7 they watched Goddard change the locks, replace the door and even receive Amazon packages.

END_OF_DOCUMENT_TOKEN_TO_BE_REPLACED

The National Association of Realtors (who smartly reeled back their launch of a $250,000 new-logo-that-looked-like-the-old-logo campaign), is running new ads in ‘a limited campaign targeting millennials’.

Here are samples – I’ll wait over here by the phone for those millennial calls: 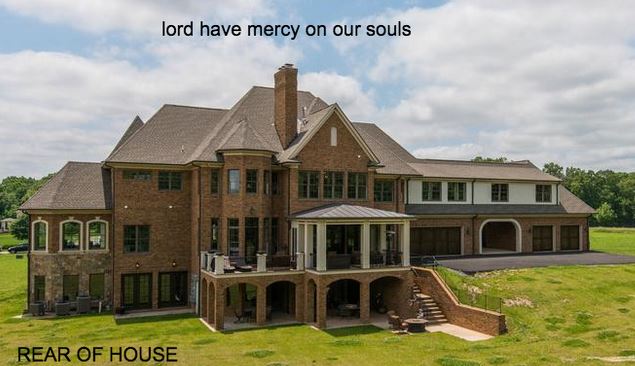 Hat tip to elbarcosr for sending in this link to McMansion humor:

Those fake columns and window trim are made of foam:

Just ten years after Zillow came out with their website that is now attracting 72% of the eyeballs looking for homes for sale, our MLS is launching their second attempt at a public-facing portal – and you get the data directly from the MLS!

It will knock your socks off!

Here is a taste:

The National Association of Realtors is on the ropes.

They know that Zillow and others are producing effective, big-time advertising that benefit realtors directly.  But finally, N.A.R. has responded, and spent some of the $120 million+ in annual dues collected on sharp, provocative advertising with vital impact.

Here they demonstrate their commitment to realtors with not one but two new heart-stopping ads to help us sell more homes:

I’m just showing you the crazy stuff we see every day.  If the sight of dead animals bothers you, then do not watch this:

A two-minute example of how fast the waters rise from a tsunami. When the Big One hits here, be ready! (Hat tip Carlsbad Mark)