The biggest fear for the North San Diego County coastal region is a meltdown in Bay Area prices.

It’s been estimated that 50% or more of the buyers who were bidding up homes here during the frenzy are from the Bay Area, and Silicon Valley in particular. If prices were to drop 23% to 30% there, it would impact how much they would be willing to spend on replacement homes here.

This is only one example but we can say that this sold at the peak of the market, or close.

This was my uncle’s girlfriend’s house, and when I was there in November to pay my last respects, I told them that my guess at the current value was high-$2,000,000s.

How does it look today? 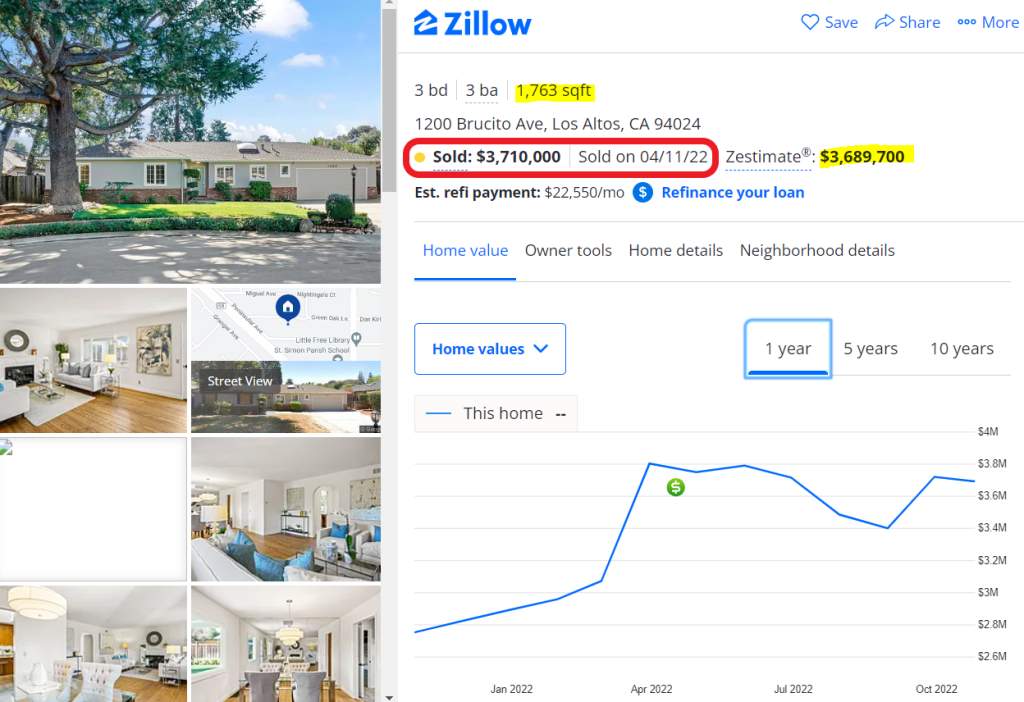 Today’s zestimate is within 1% of the sales price in April, which had been bid up $515,000 over the list price at the time.  What are the comps that Zillow says they used to determine the value? 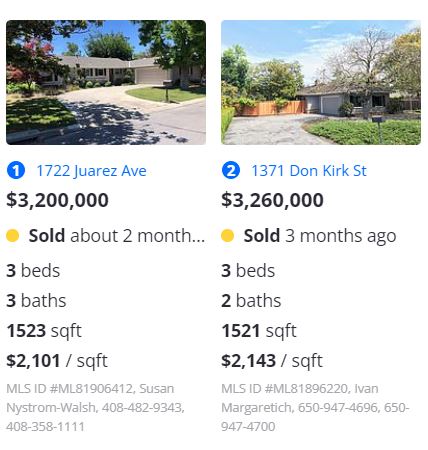 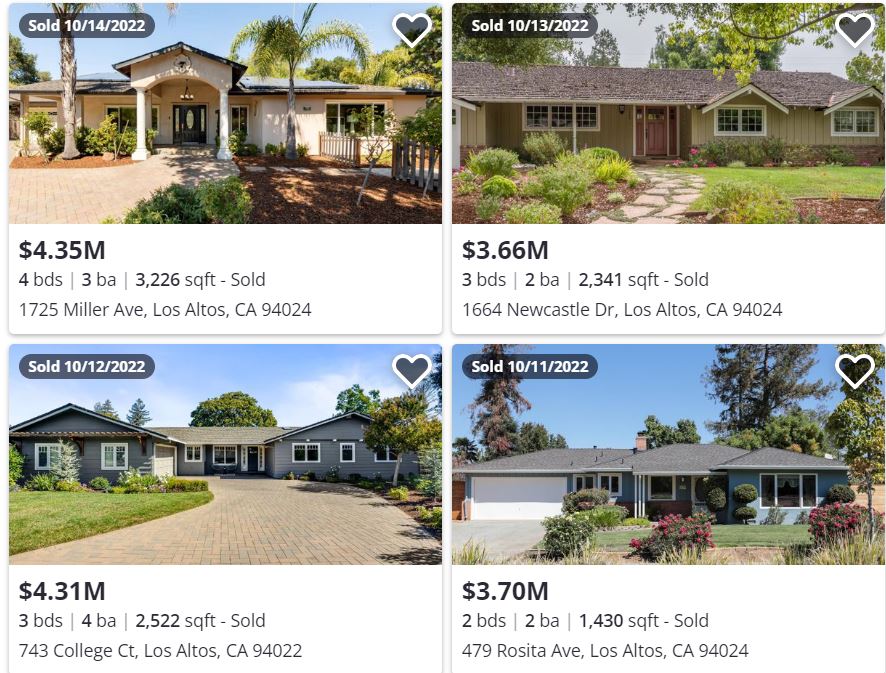 It is only one example, and certainly, not everyone from Los Altos is moving here.  But just looking at those four recent sales, it seems like that area is holding up pretty good.