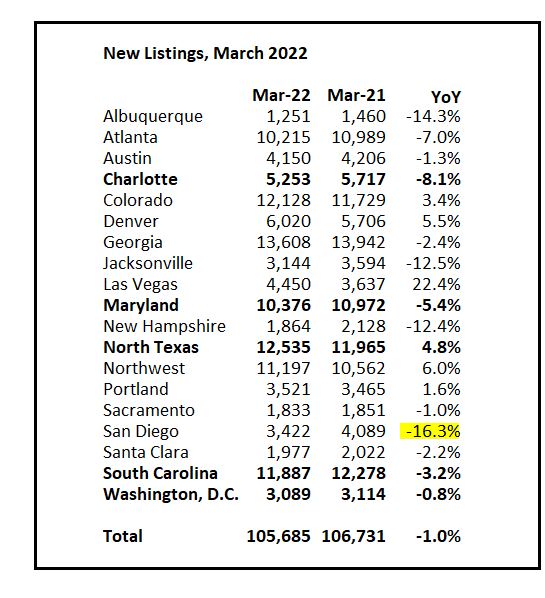 There is some some discussion among the talking heads that a moderating frenzy could cause more sellers to come to market in hopes of getting out while they can.  They may be right in areas where inventory is already exploding.

But not in San Diego, where last month the new listings dropped more than anywhere else.

As the selling season opens up, it is normal for the inventory to rise, and below you can see that sexy destinations like Austin, Denver, Nashville, etc. experienced large increases between February and March.

But not in San Diego, where in March the active inventory month-over-month went DOWN! 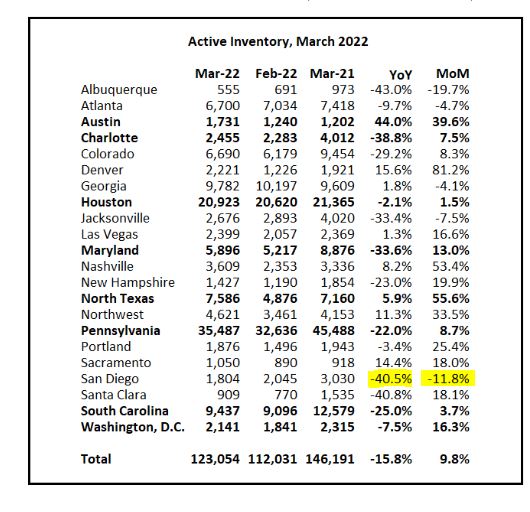 No surprise that San Diego is the place where people are least-likely to leave!