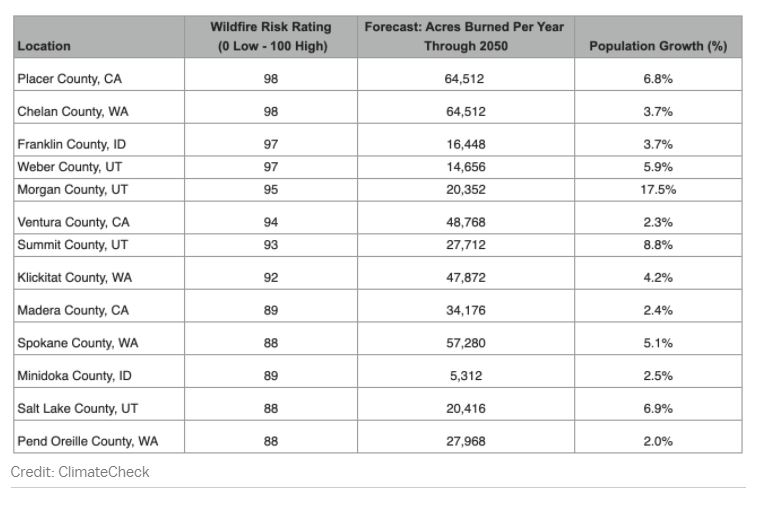 We featured this website previously, but as more people think about moving to the sticks, let’s note the counties with the highest wildfire risk…..I didn’t expect VenCo to rank so high!