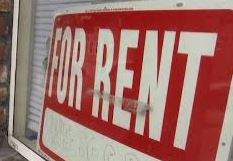 More excitement to stir up next year’s selling season!

Most landlords can survive a while, but faced with no rental income for months, won’t a few long-time landlords say, “Screw it, I’m cashing out and I don’t care about paying the taxes!” Evicting the non-payers doesn’t mean they will have the same rent coming in again immediately either.

Landlords, apartment owners and housing industry groups have unleashed a barrage of legal challenges against the Trump administration’s order protecting renters from eviction, leaving millions of families once again facing the risk of homelessness in the middle of a deadly pandemic.

Over the past month, an array of lawyers and lobbyists have inundated federal, state and local courts. They have sought to stop renters from invoking the federal ban, and in some cases, they’ve tried to quash the policy altogether, arguing that the government did not have the authority to issue it in the first place.

One federal lawsuit brought by a Virginia landlord, for example, argues that the Trump administration wrongly halted evictions based on a “flimsy premise” that doing so might prevent displaced Americans from contracting the coronavirus. The case is supported by an anti-regulatory conservative group with documented past financial ties to a foundation backed by Charles Koch, a Republican megadonor. The lawsuit has also picked up key legal help from a major lobbying organization representing apartment owners.

“There’s a reason eviction is a remedy in the law,” said Caleb Kruckenberg, a lawyer at the Koch-funded New Civil Liberties Alliance, who stressed that landlords are experiencing significant financial disruption, too.

The flurry of lawsuits has created a wave of legal uncertainty, exposing millions of Americans once again to the sort of hardships the Trump administration initially sought to prevent. Federal officials tried to clarify some of the ambiguity in policy guidance issued late Friday night. But the update instead appeared to give landlords a clearer green light to start eviction proceedings against some cash-strapped renters, even though a moratorium remains in place until the end of the year.

The Trump administration’s latest move perplexed Diane Yentel, president of the National Low Income Housing Coalition, who said she remains fearful about a wave of evictions on the horizon.

“To understand, ask yourself the question: Why would a landlord want to start eviction proceedings in October for an eviction that can’t happen until January? The answer: to pressure, scare and intimidate renters into leaving sooner,” she said.

White House spokeswoman Karoline Leavitt said in a statement that the administration “has actively engaged with stakeholders across the country to ensure both renters and landlords have the necessary resources to make timely rent and debt payments.”

The legal plight facing millions of cash-strapped renters highlights the nature of the nation’s unequal recovery, as Americans who struggled most at the outset of the pandemic continue to face severe hardship — even as the economy begins to improve.

About 1 in 3 adults say it is somewhat or very likely that they could face the threat of eviction or foreclosure over the next two months, according to survey data released last week by the U.S. Census Bureau, underscoring how sustained unemployment and dwindling federal aid may be creating the conditions for a housing crisis.

Here are the details on the new eviction protections and rent relief plan from Gov. @GavinNewsom and legislative leaders via @mcgreevy99. Protections extended through June and landlords can get 80% of back rent owed through relief plan https://www.latimes.com/california/story/2021-01-25/california-eviction-protections-to-be-extended-june-covid-19