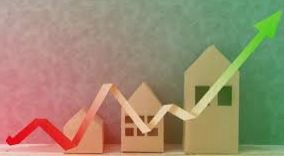 In the middle of a global pandemic, Southern California home prices keep setting records. The six-county region’s median price reached $600,000 in August, up 12.1% from a year earlier, according to data released Wednesday by DQNews.

That was the largest percentage increase since 2014 and the third consecutive month during which prices set a new all-time high. Sales rose 2.4% from a year earlier.

“We have had houses with 40 to 50 offers,” said Syd Leibovitch, president of Rodeo Realty, which has offices throughout the Los Angeles area. “It’s just bizarre.”

Although the price leaps may seem unlikely amid double-digit unemployment, analysts say the trend reflects the uneven effect of the coronavirus and its economic fallout.

Compared with low-wage workers, people who tend to have the financial ability to buy homes have been far less likely to lose their jobs, and in some ways, their ability to purchase a house has only expanded.

Interest rates have plunged, with the average rate on a 30-year fixed-rate mortgage now below 3%. And many typical entertainment and recreational activities are still closed or operating at reduced capacity, leading some households to save more at the very time they realize they could use much more space.

“Where are you going to take your Zoom calls where you don’t interfere with one another?” said Kevin Tidwell, an agent with Rodeo Realty.

The desire for more space, coupled with historically low borrowing costs, has helped boost sales and prices across the country. But part of the sharp double-digit increase in the median is simply its definition.  The median is the point at which half the homes sold for more and half for less and thus reflects not only actual increases in value but also the types of homes selling at any given moment.

Jordan Levine, deputy chief economist at the California Assn. of Realtors, said a desire for larger homes could, in and of itself, push up the median. But more important is the uneven effects of the economic downturn.

Though many low-wage workers probably couldn’t have bought a home before the crisis, Levine said the country’s economic pain has been felt on a sliding scale, with middle-income households hit less than low-income households, but harder than the wealthy, factors that are causing a shift toward the luxury segment of the market.

Selma Hepp, deputy chief economist at CoreLogic, said the coronavirus is making the problem worse: Millennials are increasingly entering their prime home-buying years, but baby boomers who own large swaths of the housing stock are at heightened risk for complications from COVID-19.

“They don’t want to be moving right now,” she said of the older generation.