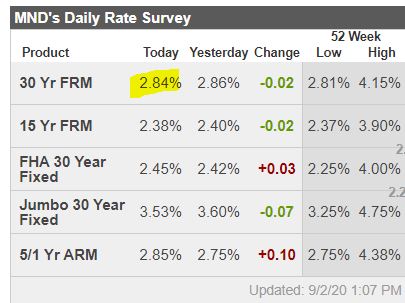 Rates have come back down a bit, so if buyers can just find a house to buy!

We’re sold out – all current listings are pending. I also had buyers yesterday who offered the high end of the variable-price range on a new listing and  we got smoked by a higher bid that was $75,000 over the top end – yikes! There were six offers, according to the listing agent.