Just when we thought there was a set policy on Coming Soon listings, they change it again.

The IDX is the agreement among realtors to share each others’ listings on our own personal websites, which was a great idea before search portals.  But IDX was written off as a waste of time because now consumers have found better options like Zillow.

Are they going to change to their realtor’s inferior website, just to see the Coming Soons?

Wasn’t the idea of Coming-Soon-listings-on-the-MLS supposed to give realtors the distinct advantage of controlling the distribution?  Oh well, maybe that was just me who saw that advantage, because it sure wasn’t considered in this decision. They are all going to be out in the open now, and we might as well let Zillow have them too.

The water is already muddied by Zillow allowing the Premier Agents to do their own Coming Soon listings separate from the MLS, and by agents ignoring the rules on social media. Who knows if agents are flagrantly abusing the rules or just forgot them already (more probable) but I see the old standard Coming-Soon pitches on social media now that are supposed to be inputted into the MLS by the next day – but they show up a week or two later, just like before.

Here are the new/updated rules for those who care: 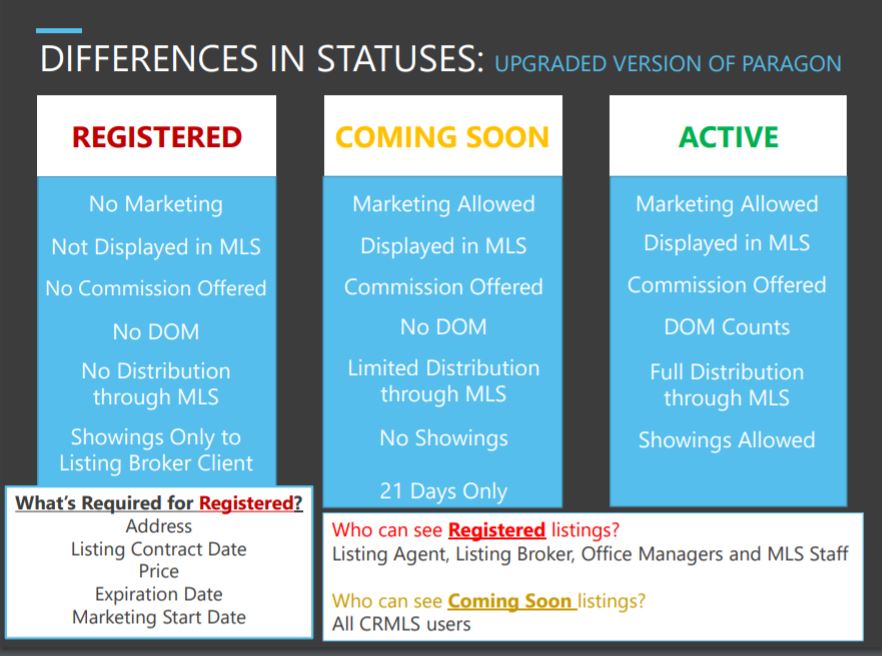 No mention of Private Exclusives – which are allowed by N.A.R.’s Clear Cooperation Policy – where any agent in the same brokerage can sell an in-house listing without any MLS or public exposure.

I don’t get the No Showings policy either.  Do they really think an agent is going to deny showing their Coming-Soon listing to a buyer who contacts them directly and promises to pay full-price cash? I’ve already showed Coming Soons listed by other agents to my buyers, and the listers didn’t think twice about it.  If they had a chance to double-end the commission, wouldn’t they just pay the fine and be on their way?  The max fine is only $2,500.

This whole topic was a mess, and now giving buyers direct access to the list is not only going to tempt them to go directly to the listing agent (which is opposite to NAR’s intent) but consumers will also get a better look at how disorganized and unruly we are.