ADUs in the MLS 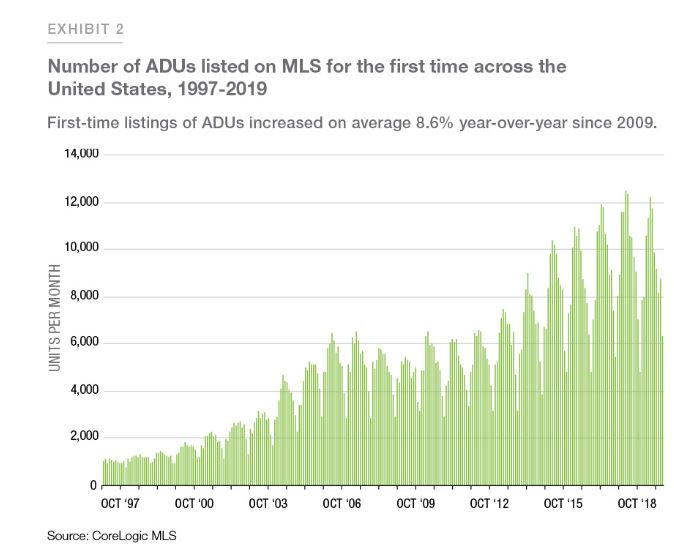 Granny flats will be an answer to providing more reasonably-priced housing – maybe the only answer?

One of the trends in attempts to provide more affordable housing is the growth of accessory dwelling units (ADUs) such as granny flats, garage apartments, or in-law suites.

These aren’t a new thing – Fonzie occupied an above-garage apartment at the Cunningham home – but they have been somewhat invisible, and often illegal.

The invisibility was often linked to their illegality. Zoning laws passed during the postwar rise of suburbs often limited construction of high-density housing and because so many ADUs were built against city ordinances, without required permits, little research literature was published. Freddie Mac could account for only three or four papers in the 1980s and 1990s and they were mostly small in scale and based on limited data.

The data for the new paper was gathered from property descriptions on Multiple Listing Service (MLS) boards. It looks at the growth of these units, the various structural types of ADUs in use (both permitted and illegal) and discusses the measurable benefits of having ADUs in our communities.

ADUs are broadly defined as secondary, self-contained housing units located on the same lots as the primary single-family home. Size and structural form vary, but in most cases, ADUs include the following amenities: a bathroom, kitchenette, living area, and separate entrance

Freddie Mac’s Economic and Housing Research Group, which authored the paper, said the biggest challenge of collecting ADU data from MLS unstructured text was understanding the multitude of terminology and physical forms applicable to ADUs in different locales. In addition to the three mentioned above, these included guest cottage, guest quarters, carriage house, separate entrances, and a number of variations using either in-law or garage.

The authors mined a national database of 600 million MLS transactions dating back to the late 1990s, Once the terms were identified, parsed into different parts of speech and frequency distributions determined, they were left with a total of 1.4 million distinct single-family properties with accessory dwellings.

Prior studies on numbers of newly built ADUs have typically used building permits, but that data is for permits issued, not units completed. Also, illegal or shadow housing is not represented in the data and most studies agree those are prevalent in neighborhoods that lack affordable housing. A 2009 field survey of three foreclosure plagued neighborhoods in Los Angeles found that 34 to 80 percent of the single-family houses were likely to have illegal ADUs. A survey in San Francisco in 2011 found that more than 90 percent of secondary units lacked building permits.

Using first-time listings on MLS, Freddie Mac estimated that there was a national growth rate of ADUs averaging 8.6 percent annually between 2009 and 2019. They found additional evidence of a rise in supply and demand by looking at the percentages of total homes listed and closed. In 2000, 1.6 percent of active MLS listings had ADUs. That grew to 6.8 percent in 2019. 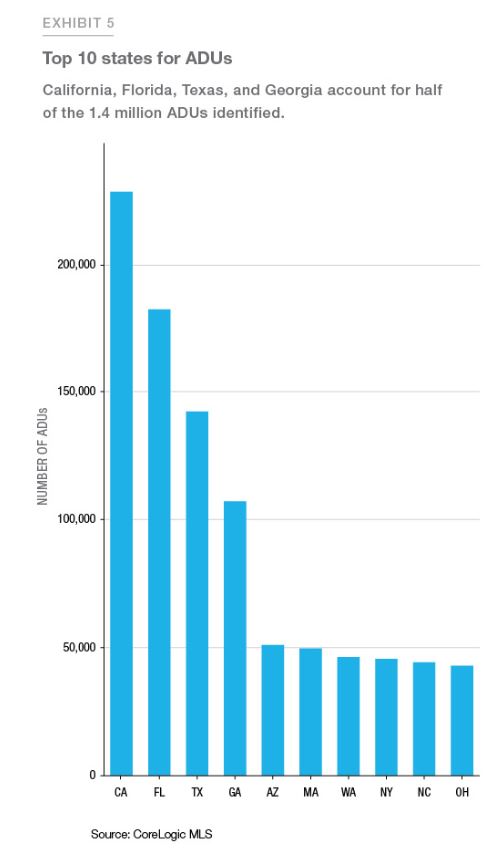 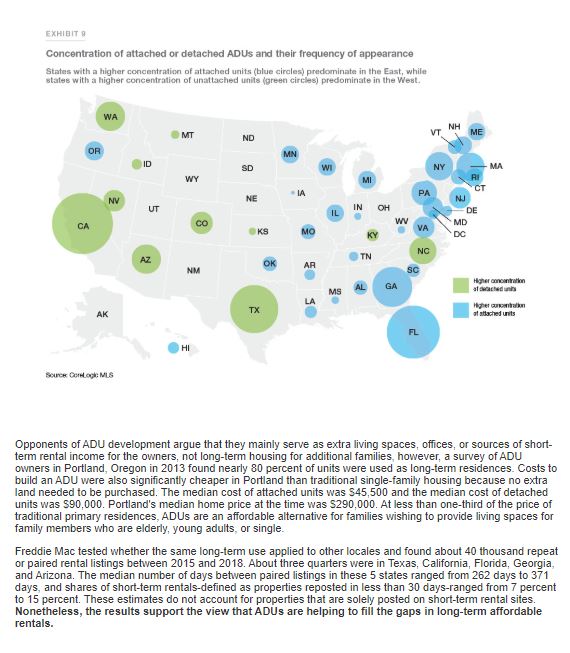