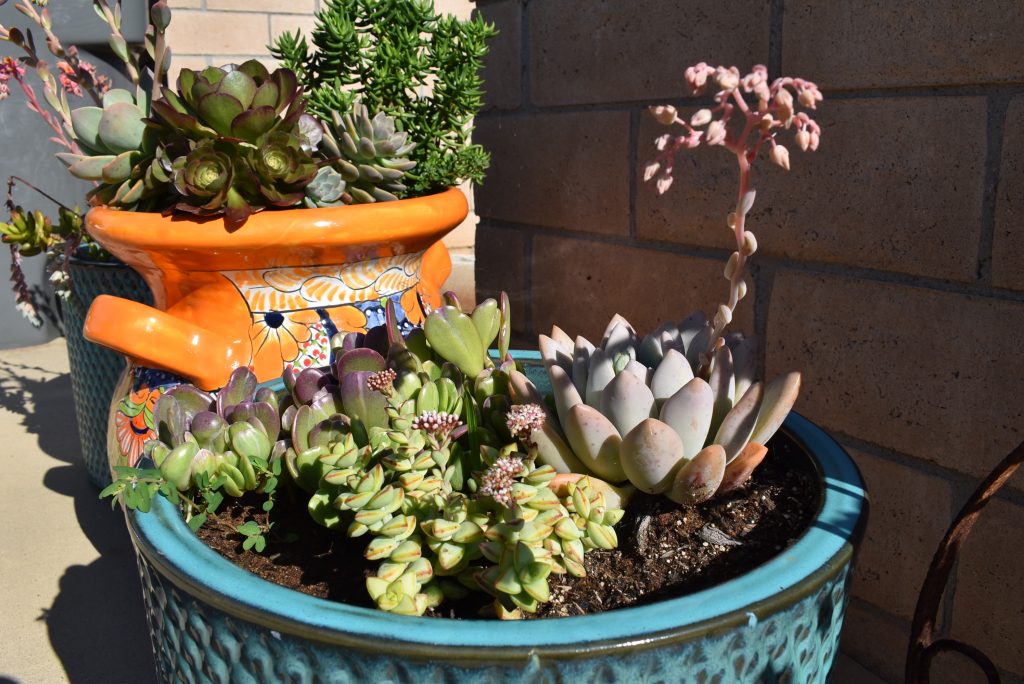 The succulents are getting attention during the break!

Excerpted from the latimes.com:

Data released Thursday from real estate company Zillow show the number of deals entering escrow has fallen off a cliff since mid-March. But so too has the number of owners who are listing their house or condo for sale.

Because the market isn’t being flooded yet with listings, lower demand is being met with lower supply, and prices are holding relatively steady.

Jeff Tucker, an economist at Zillow, summed it up as such: “Like a canoe being carried by two people who drop both ends simultaneously, the market slowdown may not tip clearly in favor of buyers or sellers.”

Research from Zillow indicates a similar situation played out in Hong Kong in 2003 during the outbreak of severe acute respiratory syndrome, or SARS. Home prices didn’t fall much, while the number of transactions plunged as people kept their distance from one another to save lives. The market, along with the economy, then bounced back once the epidemic was over.

SARS lasted several months in Hong Kong and killed 774 people worldwide. In the United States alone, almost 50,000 have lost their lives to COVID-19 so far. And social distancing edicts, or surges in the death count from relaxing measures, could roil the economy for many months to come.