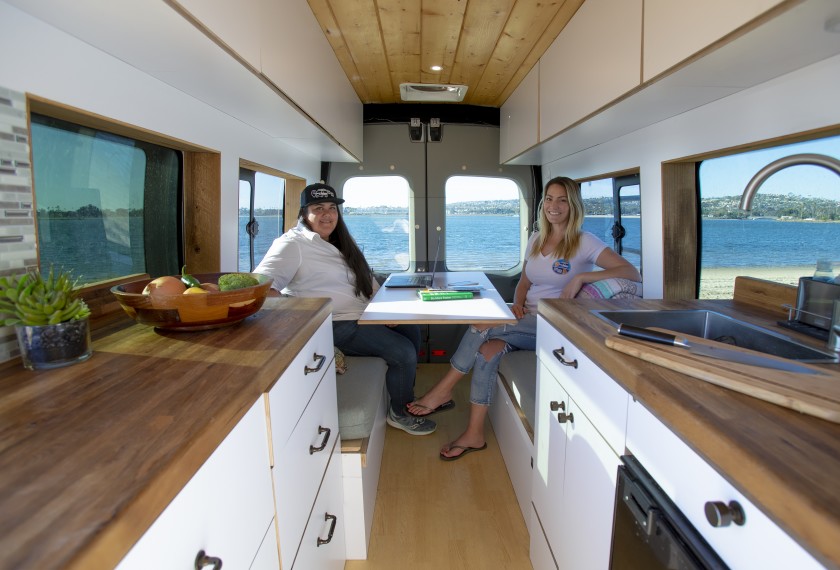 Two San Diego women have created an app for travelers that’s gaining a sizable following of nomadic young people living out of vans.

The app currently connects longterm travelers with one another while on the road, solving the problem of loneliness that weighs on this group of individuals. The downside of a nomadic lifestyle is that you have no community, Shisler said.

For those who haven’t heard of it, “vanlife” refers to a recent bohemian trend of people buying cargo vans, old ambulances, school buses and other boxy vehicles, and converting them into livable apartments on wheels (think of it as a do-it-yourself RV). Many vanlifers are also “digital nomads” who work remotely online, such as freelance writers, software developers, or content creators. With no strings tying them to specific cities or towns, they wander from destination to destination for months on end.