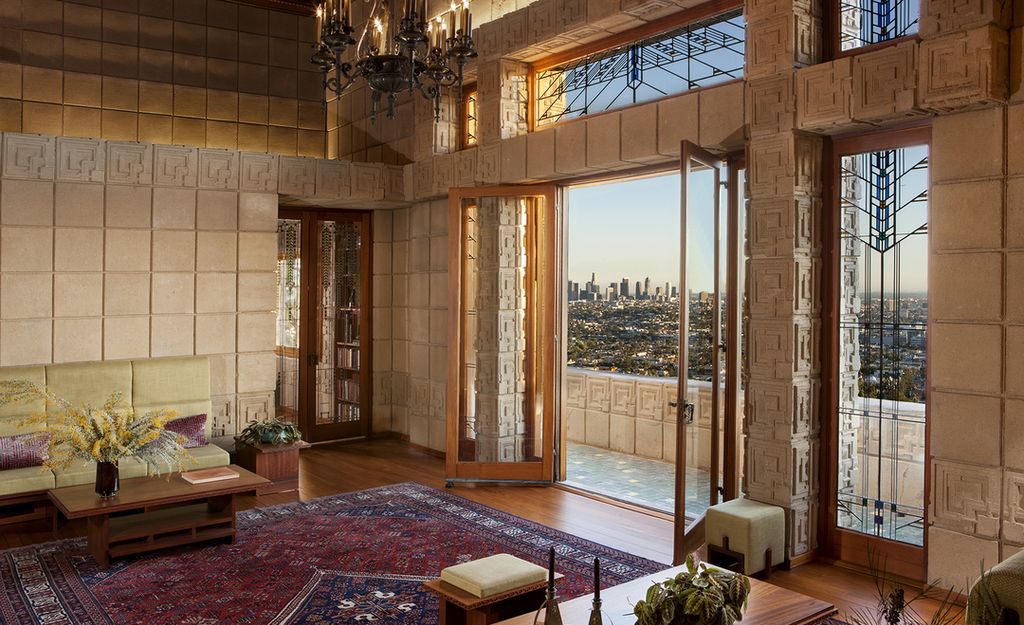 Hat tip to Susie for sending in the article about the Ennis House selling for $18 million:

Since last week, when Frank Lloyd Wright’s iconic Ennis House sold for a record-shattering $18 million — far and away the most ever paid for a Wright-designed home — curious minds have wondered who would buy such an idiosyncratic and outrageously high-maintenance compound for such a lofty sum.

Two months ago, after just four years in business, Lord Jones — which was the first cannabis brand to be sold in Sephora, Equinox and other high-end locations — was acquired in a $300 million deal by the publicly-traded Cronos Group.

After receiving that mega-millions business lottery win of sorts, Capobianco and Rosenheck wasted little time in investing a portion of the big score into their cinematic Mayan Revival new residence. Designed by the elder Wright and built by his son in 1924, the internationally famous structure was hewn almost entirely from 27,000 decomposed granite blocks and has been featured in numerous Hollywood productions — perhaps most notably, in 1982’s “Blade Runner.”

The Ennis House endured severe structural damage during the 1994 Northridge earthquake, and it slipped into a state of disrepair that continued until 2011, when it was purchased for $4.5 million by supermarket billionaire and noted architecture preservationist Ron Burkle, who commenced a years-long renovation and restoration of the premises. Last summer, amid a massive wave of publicity, the upgraded property was put up for sale with a sanity-defying $23 million pricetag.

Although marketing materials stated that Burkle invested “nearly $17 million” into renovations for the property — meaning the $18 million sale price represented a multimillion-dollar financial loss to his pocketbook — a Burkle associate clarified to Dirt that the $17 million figure included $6.4 million in a FEMA grant and a $4.5 million construction loan received by the Ennis House Foundation to fund structural stabilizations. In actuality, it would appear Burkle walked with a substantial profit on his labor of love.

Guests to the Capobianco-Rosenheck-Ennis House can light up in either the monolithic masterpiece’s main house or its detached guesthouse/garage combo, which total up to more than 6,000 square feet of living space. From its vantage point high in the Los Feliz hills, the compound sports jetliner-like views over the basin below, and head-on vistas of the Downtown L.A. skyline.