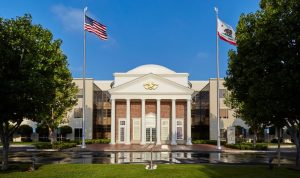 How does this happen in 2019? Hat tip to Peter for sending this in!

The Web site for Fortune 500 real estate title insurance giant First American Financial Corp. leaked hundreds of millions of documents related to mortgage deals going back to 2003, until notified this week by KrebsOnSecurity. The digitized records — including bank account numbers and statements, mortgage and tax records, Social Security numbers, wire transaction receipts, and drivers license images — were available without authentication to anyone with a Web browser.

Santa Ana, Calif.-based First American is a leading provider of title insurance and settlement services to the real estate and mortgage industries. It employs some 18,000 people and brought in more than $5.7 billion in 2018.

Earlier this week, KrebsOnSecurity was contacted by a real estate developer in Washington state who said he’d had little luck getting a response from the company about what he found, which was that a portion of its Web site (firstam.com) was leaking tens if not hundreds of millions of records.

He said anyone who knew the URL for a valid document at the Web site could view other documents just by modifying a single digit in the link. And this would potentially include anyone who’s ever been sent a document link via email by First American.

KrebsOnSecurity confirmed the real estate developer’s findings, which indicate that First American’s Web site exposed approximately 885 million files, the earliest dating back more than 16 years. No authentication was required to read the documents.

Many of the exposed files are records of wire transactions with bank account numbers and other information from home or property buyers and sellers. Ben Shoval, the developer who notified KrebsOnSecurity about the data exposure, said that’s because First American is one of the most widely-used companies for real estate title insurance and for closing real estate deals — where both parties to the sale meet in a room and sign stacks of legal documents.