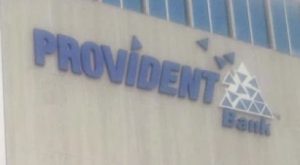 Reader SM sent in this story on a mortgage company shutting down – and this one had a Carlsbad office:

Provident Savings Bank, the largest community bank in Riverside County, is discontinuing its mortgage banking operation, the company said in a statement.

The decision, announced by the bank’s board of directors Feb. 4, was based on a lack of profitability given the current financial environment. The operations are scheduled to cease on or before June 30.

Layoffs of 133 employees, of which 83 are in Riverside, were posted this week on the California WARN Act website, which requires layoffs to be publically reported. The others were at satellite offices in Brea, San Bernardino, Glendora, Carlsbad, Placer County and Northern California.

This one was even bigger:

HomeStreet announced Friday that it is planning to sell off its entire retail mortgage operation, which includes 72 home loan centers in five states, as well as nearly all of the mortgage servicing rights associated with loans originated in those retail outlets.

According to HomeStreet’s website, the company has 72 home loan centers: 37 in Washington, 16 in California, six in Hawaii, five in Idaho, and eight in Oregon.

According to the bank, it is making this move due to the “persistent challenges facing the mortgage banking industry.” The bank cites “the increasing interest rate environment,” which has reduced the demand for refinances, and higher home prices that have decreased the affordability of homes.

The mortgage business thrives on refinances in the ultra-low rate environment, but once rates rise, those refis dry up in a hurry.

A long-time local lender told me this week that two years ago there were 8,000 licensed mortgage originators in San Diego County, and today it’s 4,200!

We speculated that many of them became agents – another industry that is overdue for constriction.  There are over 15,000 realtors in San Diego County, and last month we sold 1,770 houses, condos, and mobile homes countywide.