Those boomer liquidations can’t be far off:

A new poll has found nearly half of California voters believe they can’t afford to live in the state.

“For many Californians, life is less than golden in the Golden State,” the release quotes Tim Malloy, assistant director of the poll.

Surging housing prices in California led CALmatters to report that the state was the poorest in the country in 2017. The organization reported then that 20 percent of the state’s population struggled to make ends meet.

This week, the San Diego City Council said the city will stop punishing people for living in their vehicles. It’s a move toward more constructive policies on homelessness, advocates said.

“It’s certainly not a permanent solution to the crisis that we are facing,” City Councilman Mark Kersey told the San Diego Union-Tribune. “But 100 percent of the time, I’d rather have someone sleeping in a car than on the sidewalk.” 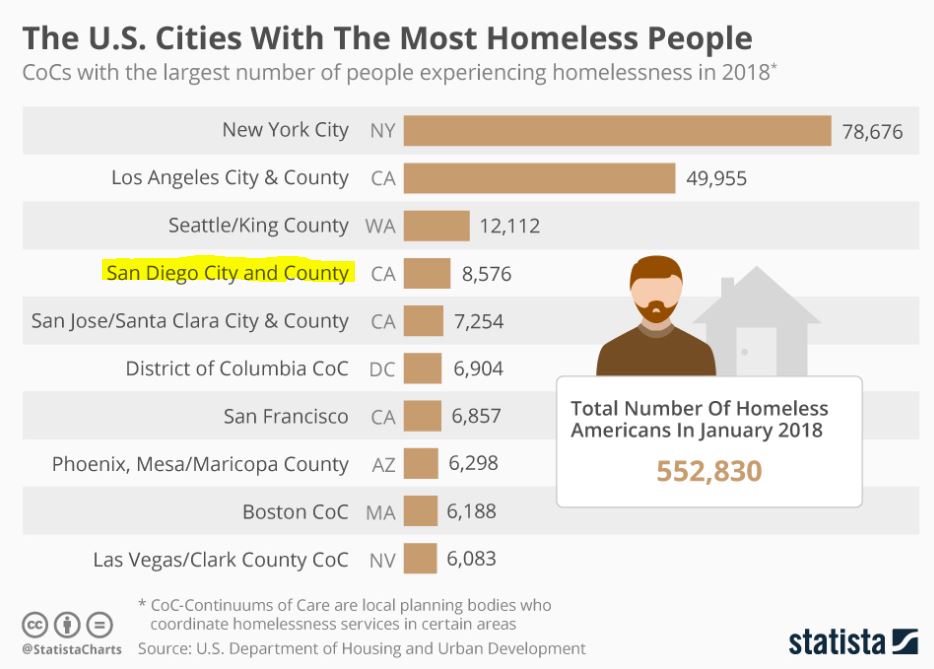