Real Estate After the Mueller Report 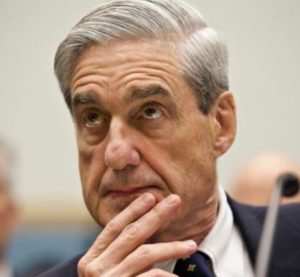 Home buyers and sellers might be concerned enough about the results of the Mueller report that it could impact their decision-making about real estate – as if they need one more reason to wait-and-see!

They expect that Mueller report to be filed within the first six months of 2019, but is could be a bit redundant as players are already being indicted and convicted of crimes.

I think we can count on this:

No matter how bad the actual facts could be, will the hysteria be any worse than it is today?  Trump will declare it all a which hunt, and he might incite some vigorous protests by his followers.  The mainstream media will have a field day too.

But aren’t we numb to this already?

I think so, and while there will undoubtedly be some eye-popping events immediately after the report’s release, we’ll get back to business before too long.  For some, it might be a relief that sets them free to buy and sell, and for others it could make them want to hunker down even more!

The OJ trial last for 8+ months, and that’s about as long as our society could stay distracted.  You could also say that with the onslaught of multi-media we have today – which is far more intense and scattered than it was in 1995 – we won’t stay focused on any one thing for very long.

We had a good year for real estate locally during the OJ trial in 1995 – there wasn’t much, if any, impact.  The real estate market had just hit bottom, and began what was a 12-year run!

My biggest real estate concerns for 2019:

The biggest impact on the early-2019 market could be the Chargers getting into the Super Bowl! The Patriots look vulnerable, and the Bolts’ victory on Thursday had to demoralize the Chiefs:

If the Chargers win the Super Bowl, everyone will be happy about real estate!