by Jim the Realtor | Dec 4, 2018 | Jim's Take on the Market, Listing Agent Practices, Market Surge, Tom Tarrant, Why You Should List With Jim | 4 comments 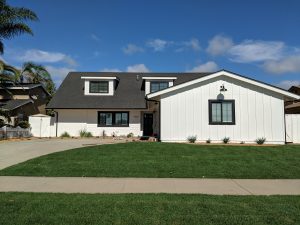 Tom’s house in South Oceanside was one of the homes that was picked up in that market surge about a month ago.  The weather was ideal, rates were rising, there was a bit of a lull before the holidays, and we compared favorably to the other houses for sale nearby.  When another market-surge happens, let’s see if we can determine the cause (hopefully there will be others!).

The two others that went pending the same week didn’t fare as well.

These demonstrate how the market has changed.

Previously, the first house would have had more interest, and owner/agents would have been more patient about working the price higher.

In the second example, buyers would have been more likely to put up with some mis-direction, but there is zero tolerance now.