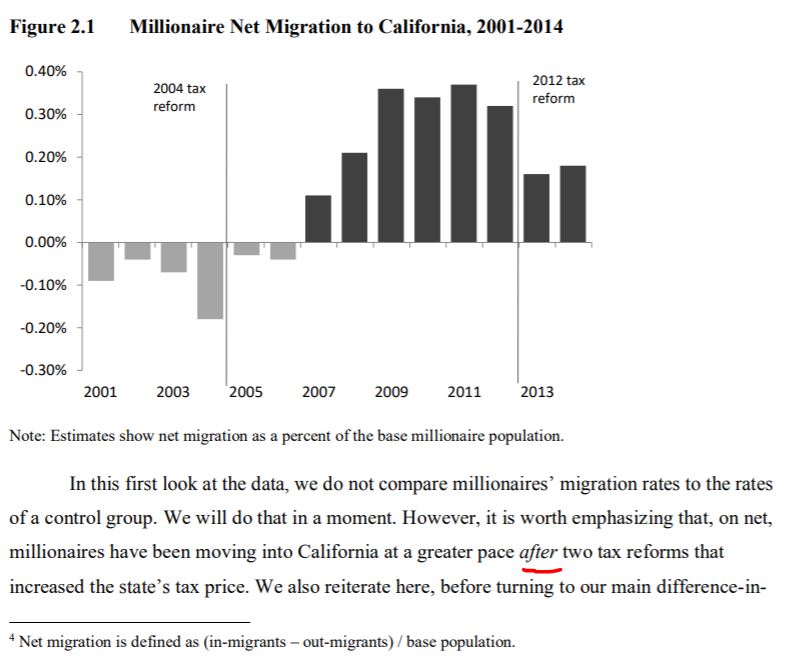 Big money is big money – a change in tax rate won’t cause rich families to uproot everything and move to an inferior place. What is more likely to cause millionaires to move? “The tax policy changes examined in this report are very modest compared to the life-impact of marital dissolution.”

Researchers at Stanford University’s Center on Poverty and Inequality and the Franchise Tax Board sought to answer the question: Does California’s top state income-tax rate, now 13.3 percent on people earning $1 million a year or more, drive the wealthy to leave for low-tax states?

Short answer: No, except on the far margin.

The researchers reviewed 25 years of California tax returns from all high earners and found that more wealthy people relocate after a divorce.

Republicans regularly cite anecdotes of businesses owners and wealthy people decamping to low-tax states such as Nevada or Texas. But the study shows million-dollar earners moved to California even after voters raised income taxes in 2004 and 2012:

“We often think that the only way for a state to be ‘competitive’ is to be like Texas—a low-tax, low-infrastructure, low-services state. But the reality is that the most competitive places in the U.S., the leading drivers of the economy, and the centers for top talent are New York and California—and they have been for generations, despite higher taxes on top incomes.”