The previous peak was 250.34 in November, 2005. We are 2% above that now, thanks to inflation.  This year is starting off much like 2017, and we can probably expect the SDCSI to cool down in the second half of the year.

“However, if one adjusts the price movements for inflation since 2006, a very different picture emerges,” noted Blitzer. “Only three cities – Dallas, Denver, and Seattle – are ahead in real, or inflation-adjusted, terms. The National Index is 14 percent below its boom-time peak and Las Vegas, the city with the longest road to a new high, is 47 percent below its peak when inflation is factored in.” 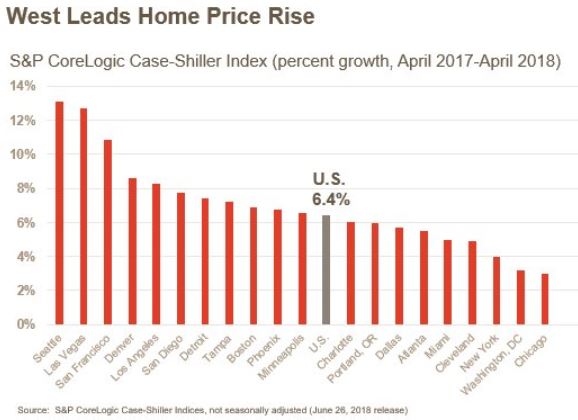