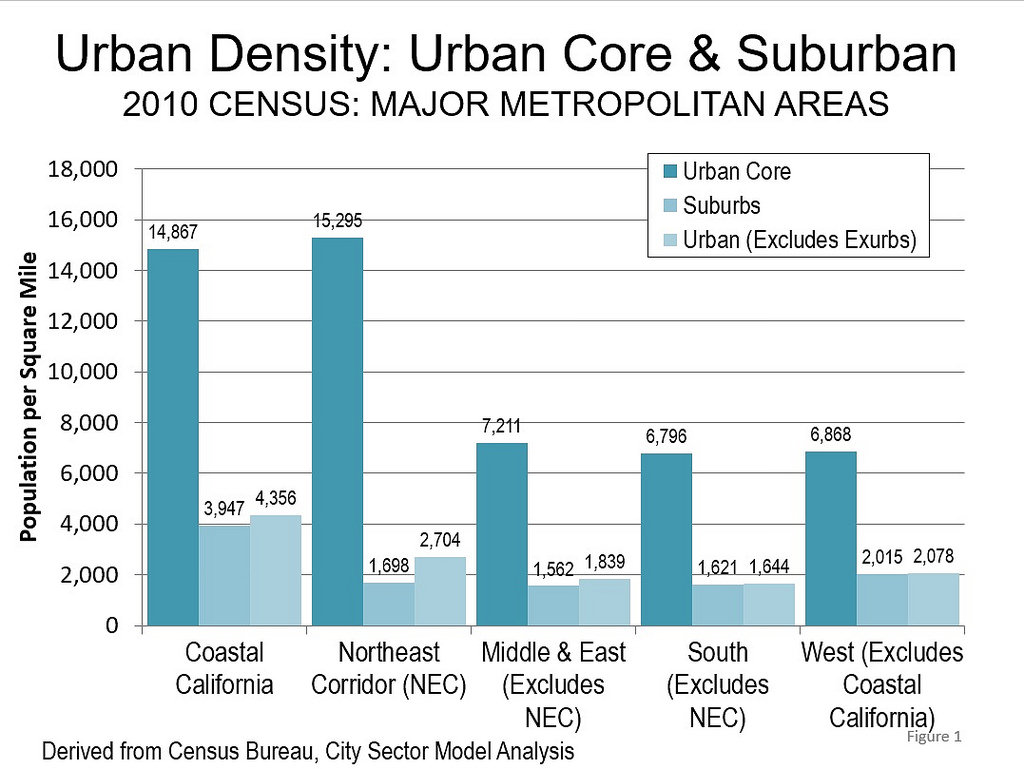 There’s an outdated view circulating around that California urban areas are lower density than those of the Northeast Corridor, according to New Geography, but a comparison of Census data shows coastal California suburbs more than double Northeast suburbs in density.

Given the already elevated level of density, proposals to cram more people into already settled areas of California could worsen the quality of life. California’s high urban densities are accompanied by the worst traffic congestion in the nation and some of the worst in the world. With plans in place and more proposals to increase densities, this can only get worse.