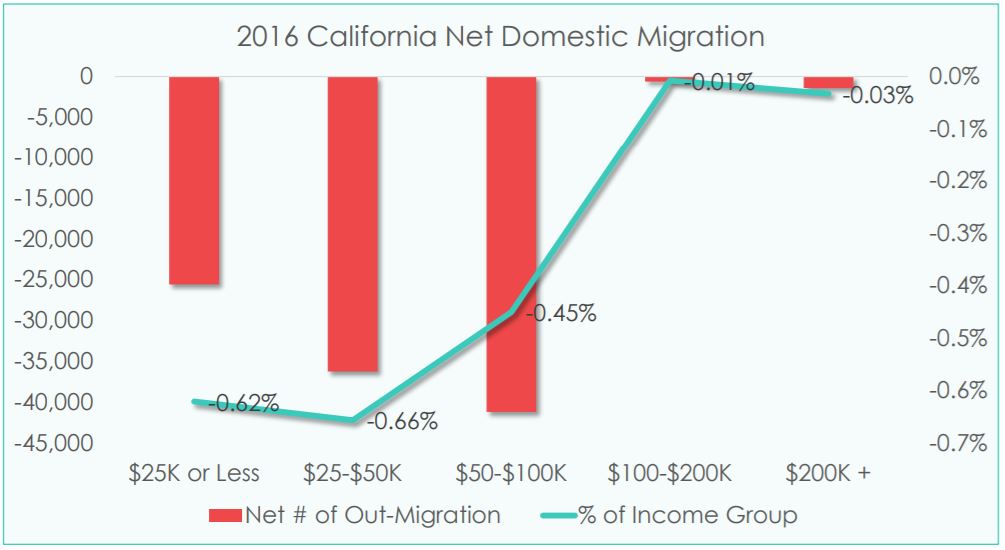 This graph looks funky because it is charting negative numbers, but the latest housing-bubble study by the California Association of Realtors shows that of the people leaving California, the majority have incomes under $100,000.

They concluded that the main reason people are leaving is because of the high cost of housing.

Although California has, in many ways, earned its reputation for being hostile to business and ‘taxing people to death,’ the outmigration patterns by income are instructive and even illuminating. Virtually all of the state’s out-migrants earned less than $100,000 per year. That is true whether measured in raw numbers or as a percentage of each income group, but it is the exact opposite of what we would expect to see if it were taxes that were driving folks away. This is a housing issue, pure and simple.