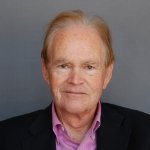 It’s going to be a good year. I guarantee it.

– Oil prices are stable and will remain so;

– Our nation will add 2 million-plus jobs.

And let us always remember that one of our president’s key concerns is ensuring the continuing rise in value of his family’s hotels, commercial space and apartment projects. He knows that low interest rates, pro-real estate legislation and taxation and a strong economy benefit him and his families (and, of course, others).

Focusing on population: 47 percent of all the population gains in 2018 will be in California, Texas and Florida. Hurricanes, floods, earthquakes, fires, pestilence. Doesn’t seem to make much of a difference: The big three just keep on growing.

And then, there’s the housing market:

This year will be the strongest housing market in a decade in terms of total residential units permitted. And that’s good. However, single-family production is still meager. The 2004-2006 average production of single-family homes nationwide was 1,558,000 units. In 2017, it will be 850,000, about half of the 2004-2006 level. We project the 2018 total to rise to the 900,000-950,000 level, and that’s pretty good. What we are unable to incorporate into our projections is the total number of replacement units destroyed by hurricanes, floors and fire.

In 2018 the County’s population will top 3.3 million, up another traditional 30,000 or so. It’s an educated group of folks: 23 percent of persons over 25 have a bachelor’s degree and 14 percent have advanced degrees. Now, admittedly, that doesn’t compare to San Mateo County where their 50 percent with college degrees pales our 37 percent, but it’s pretty good in my opinion.

From an ethnic standpoint, we have a pretty steady mix of Hispanics (30 percent); Asians (12 percent), blacks (6 percent) and non-Hispanic whites (46 percent).

And we’re young (at least some of us). Our median age in the County is 36 and only 13 percent of the population is over age 65.

And we do add jobs rather regularly. In the past five years, we have averaged 30,000 new non-farm jobs annually, and I am delighted to note that the construction industry has added 27,000 jobs in past five years and is now at 81,000 jobs.

I do not anticipate a major uptake in new jobs. Non-farm jobs will most likely increase by 16,000 to 20,000, somewhat less than in past years. A shortage of labor may have something to do with the lack of ebullience in new job formation

In terms of residential construction, it should be a fairly stable year. In 2018, the County’s developers will produce some 4,000 single-family homes and 6,000 multi-family units. Multi-family includes both rental and sale product, everything from townhomes to high-rises.

The 10,000-unit count is largely made possible by the folks in eastern Chula Vista, where the three major landholders (HomeFed, Baldwin and Millenia) will be providing a substantial amount of shovel-ready dirt.