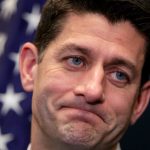 There was a snafu in the rush to sign the tax reform bill:

“The Senate parliamentarian determined two minor provisions do not have budgetary impacts and had to be removed from the bill,” the representative told Business Insider. “The Senate will still vote tonight, and the House will vote tomorrow to send the final bill to the president’s desk.”

Republicans are using a process known as budget reconciliation to pass the bill without being subject to a Democratic filibuster. But that also means the legislation must comply with the Byrd rule, which stipulates that it must not be projected to add to the federal debt outside of 10 years and that all its provisions must deal with the budget.

The parliamentarian, a sort of umpire for Senate rules, determined that three elements of the bill violated the Byrd rule:

The name. The short name of the bill, the Tax Cuts and Jobs Act, appears to be placed incorrectly in the legislation.

Changes to the so-called 529 savings plan. The bill would have allowed money in the college-savings accounts to be used for homeschooling supplies.

The exemption for small colleges from a new excise tax. The bill had proposed a tax on college and university endowments exceeding $500,000 for every student enrolled, but it included a provision that would have exempted those with fewer than 500 tuition-paying students. The parliamentarian struck only the words “tuition-paying,” the Ways and Means representative said.

Even with the delay, the bill is expected to make it to President Donald Trump’s desk before the GOP’s self-imposed Christmas deadline.

We will wait patiently for Congress, and in the meantime find some good news in the Sandicor resolution, published today.  This isn’t much progress, but at least they are agreeing to something.

The two renegade associations will join the vastly superior CRMLS, and concede Sandicor to the only people who want it, the Greater San Diego Assocition of Realtors.

It isn’t clear how things will work, exactly, but if we can at least stop having to input listings into both MLSs, it would be nice.  This is where I have a concern:

All three organizations have also agreed to keep the user experience the same for the members – the same look and feel that Sandicor® members have grown accustomed to will remain after the settlement takes effect for all members.

The existing Paragon experience is right out of the 1990s – listings don’t include a decent map or specific schools – and a major upgrade is overdue. I don’t want the same experience, I’d like to get up to at least Zillow quality please – or better!

The MOU will be reviewed by a neutral third-party attorney who specializes in Association of REALTOR® and MLS representation to assist the parties in drafting a final settlement document. Although there are more steps that need to be taken before a resolution is reached, all parties involved support the details of this initial step which ensures that agent access to MLS information is at the forefront of the outcome. With this proposed resolution, NSDCAR and PSAR will join California Regional MLS (CRMLS), and GSDAR will operate as its own MLS. Each Association has acted with the intention of providing its membership with the most valuable MLS products and customer service.

To ensure all members receive open access to as much information as possible, all three Associations have agreed to share data across both MLSs. MLS Subscribers will continue accessing MLS data and have the same level of access via Paragon, the software platform San Diego-area MLS users have been using for over three years, with no disruption of service. All three organizations have also agreed to keep the user experience the same for the members – the same look and feel that Sandicor® members have grown accustomed to will remain after the settlement takes effect for all members.

In addition to keeping the Paragon system in place for all agents in San Diego County, users will have access to all listings and sold data for the entire county as well. This resolution will provide each Association with their desired MLS outcome. As such, NSDCAR and PSAR will become members of CRMLS, and GSDAR will operate their own MLS, to be named SDMLS (San Diego MLS). The name SANDICOR, as a distinct brand in the San Diego marketplace, will cease to exist. Both CRMLS and GSDAR’s MLS will share the same Paragon system, and will share their listing data with each other. It is anticipated to take at least 6 months for the new shared Paragon system to be built, but the new system will have the same design and functionality of the current system. The parties will continue to keep San Diego County agents updated on the settlement process.

“This is a win for members of each Association,” said GSDAR President Bob Kevane. “Despite the philosophical differences between Associations that led to a parting of ways, our goal is for all members to continue to receive the same access, the same data, and the same MLS platform we’ve all grown familiar with.”

Similar sentiments were echoed by NSDCAR Board Chair Michael Carunchio and PSAR President Sarah Heck. “We are confident this resolution will benefit NSDCAR members,” said Carunchio. “When all parties act in the interest of their users, it’s the agents and brokers who come out ahead,” added Heck.

While the MOU is an expression of the intention of all the parties at this point, some modifications or amendments may be necessary in the future.

If you’re a realtor who is waiting for a good time to comment , this is it!  Let us know what you want in your MLS and we’ll pass it along!