It’s now been widely reported – and Rob Dawg agrees – that Congress did not change the two-out-of-five-year requirement for home sellers to receive up to $500,000 in net proceeds, tax-free.

This is a win for the real estate industry, yes?  After all, they were considering lowering the cap to $500,000, no SALT deductions, and changing the capital-gains exemption to five-out-of-eight years.

Yet, last night the California Association of Realtors sent out their second email since Friday’s final bill was published, and declared that it ‘Dramatically Weakens Homeownership Incentives’.

Why aren’t realtors forming victory parades, instead of complaining?

Should I just be happy that they stopped including the scare tactic of home values declining if the bill passes?

P.S. It is mortgage principal, not principle. 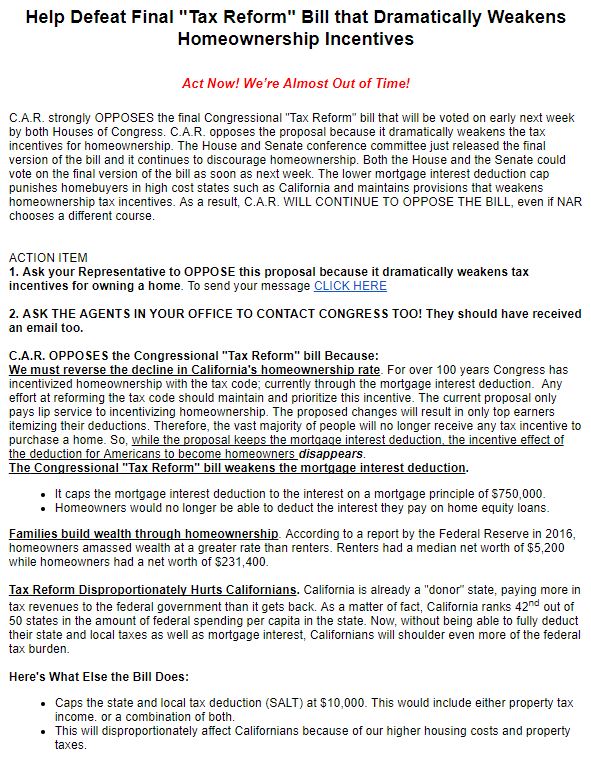 Now that N.A.R. and C.A.R. have been saying for weeks that home values will be plunging, here’s an example of how it is being reported (H/T to Susie for sending this in from the NYT): 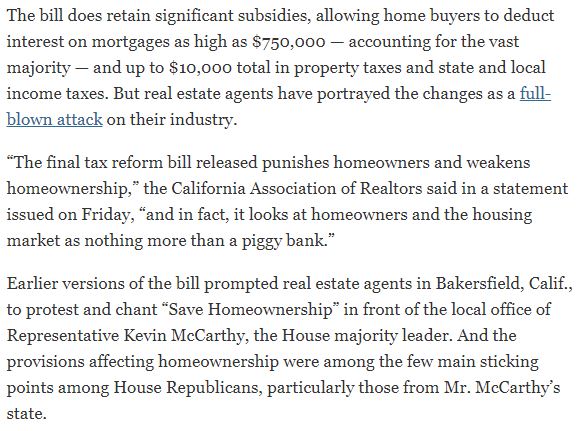 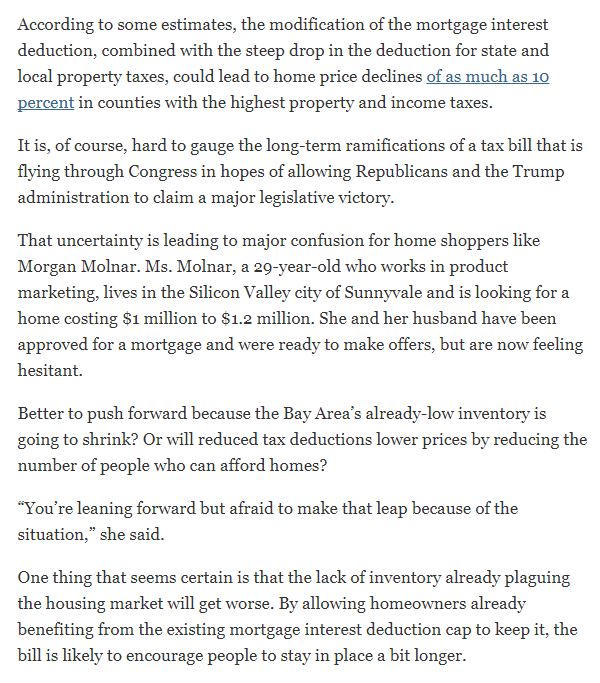