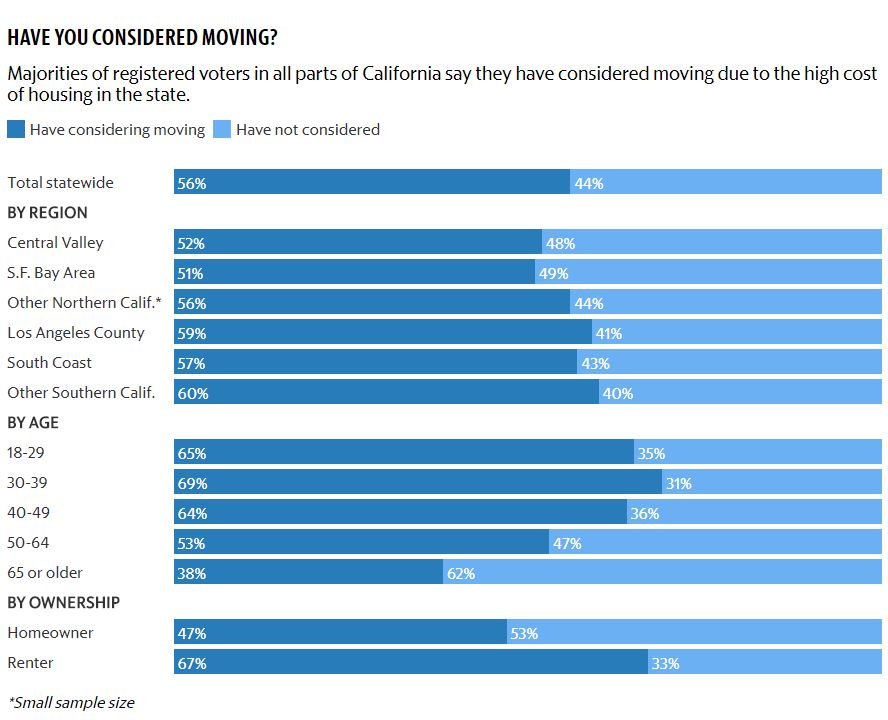 It might get so bad that we see an occasional flurry of supply!  H/T daytrip:

More than half of California voters say the state’s housing affordability crisis is so bad that they’ve considered moving, and 60 percent of the electorate supports rent control, according to a new statewide poll.

The findings from UC Berkeley’s Institute of Governmental Studies reflect broad concerns Californians have over the soaring cost of living. Amid an unprecedented housing shortage, rents have skyrocketed and tenants have faced mass evictions, especially in desirable areas.

“It’s an extremely serious problem,” said poll director Mark DiCamillo. “People are being forced to consider moving because of the rising cost of housing – that’s pretty prevalent all over the state.”

Of the 56 percent of voters who said they’ve considered moving, 1 in 4 said they’d relocate out of state if they did.