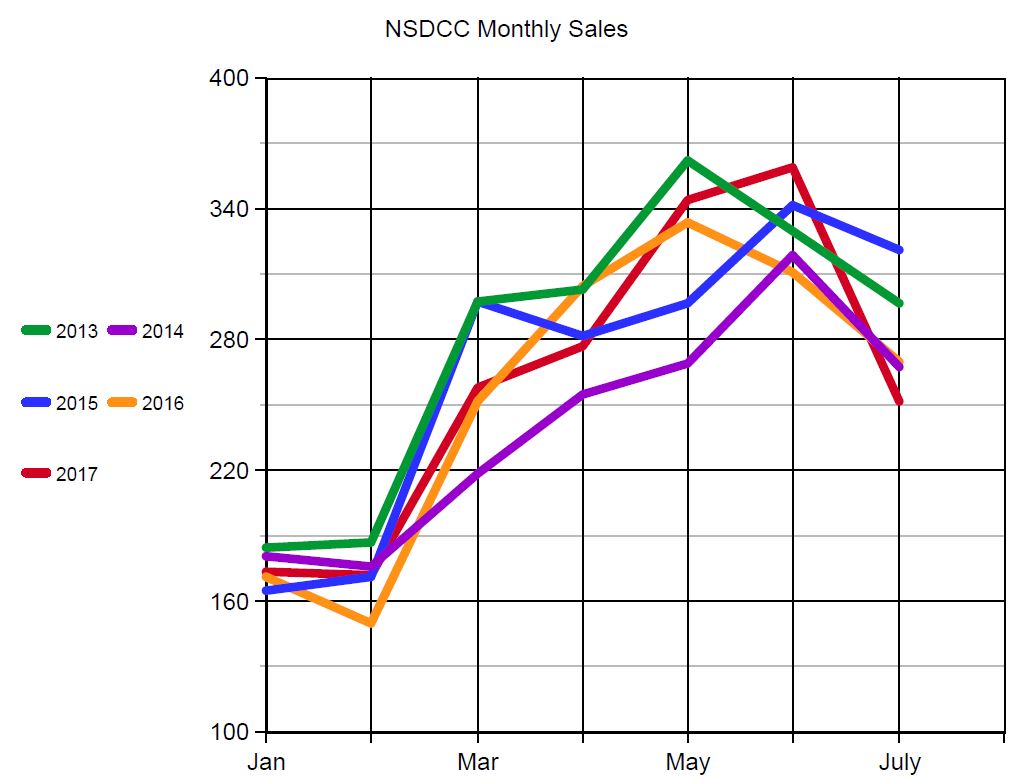 Last month’s sales count looks like it is going to be less than previous Julys – the graph above has an extra 10% added to today’s count for late-reporters and it still comes in under the last four Julys.

However, the May and June sales this year were outstanding – overall, the sales from the last three months measure up pretty well:

This year’s three-month total could be the highest since the Frenzy of 2013, which would be remarkable considering that prices are about 30% higher today!