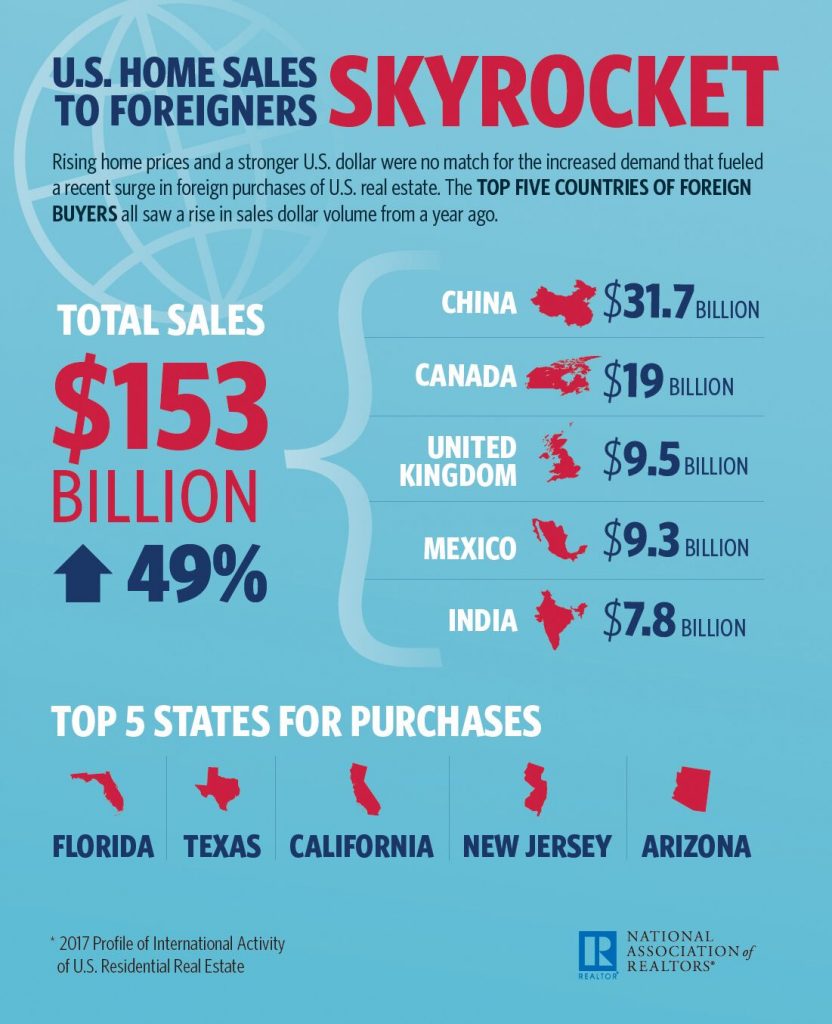 Foreign purchases of U.S. residential real estate surged to the highest level ever in terms of number of homes sold and dollar volume.

Foreign buyers closed on $153 billion worth of U.S. residential properties between April 2016 and March 2017, a 49 percent jump from the period a year earlier, according to the National Association of Realtors. That surpasses the previous high, set in 2015.

The jump follows a year-earlier retreat and comes as a surprise, given the current strength of the U.S. dollar against most foreign currencies, which makes U.S. housing even more expensive. Apparently, the value of a financial safe-haven is outweighing the rising costs.

Foreign sales accounted for 10 percent of all existing home sales by dollar volume and 5 percent by number of properties. In total, foreign buyers purchased 284,455 homes, up 32 percent from the previous year.

Half of all foreign sales were in just three states: Florida, California and Texas.

Chinese buyers led the pack for the fourth straight year, followed by buyers from Canada, the United Kingdom, Mexico and India. Russian buyers made up barely 1 percent of the purchases.