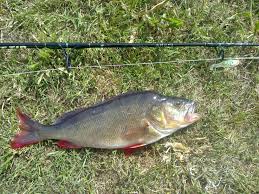 The Redfin IPO has been announced, and people are wondering what effect it could have on the home-selling business.  Notorious Rob started with the impact on brokerages:

I agree with Rob that the real-estate-portal battle could be a two-horse race between Redfin and Zillow – the others just don’t seem to be interested in spending enough advertising money to get ahead.

Rob called his post ‘Part 1’, so he’ll have more on the topic as we go.  I’m not sure where he’s going with it, but I’ll add my two cents:

What Redfin is not:

You could probably accuse all agents, to some degree, of the ten items above.  I’m not down on the individual Redfin agents – the experience I’ve had with them has been mixed, just like with non-Redfin agents.  We are probably more alike than different – I’m an employee, with medical benefits, of a non-traditional brokerage with a consumer-facing website used to create business.  Maybe I should IPO? 🙂

In fact, the actual Redfin agents are pretty far down my list of concerns.  If we ever have a realtor revolution, this is who we should be fighting:

These are the people who are the real threat to the 1.2 million realtors in America.  Unfortunately, like politicians and other rich people in power, they will be allowed to pick us apart from their mansions on the hill.