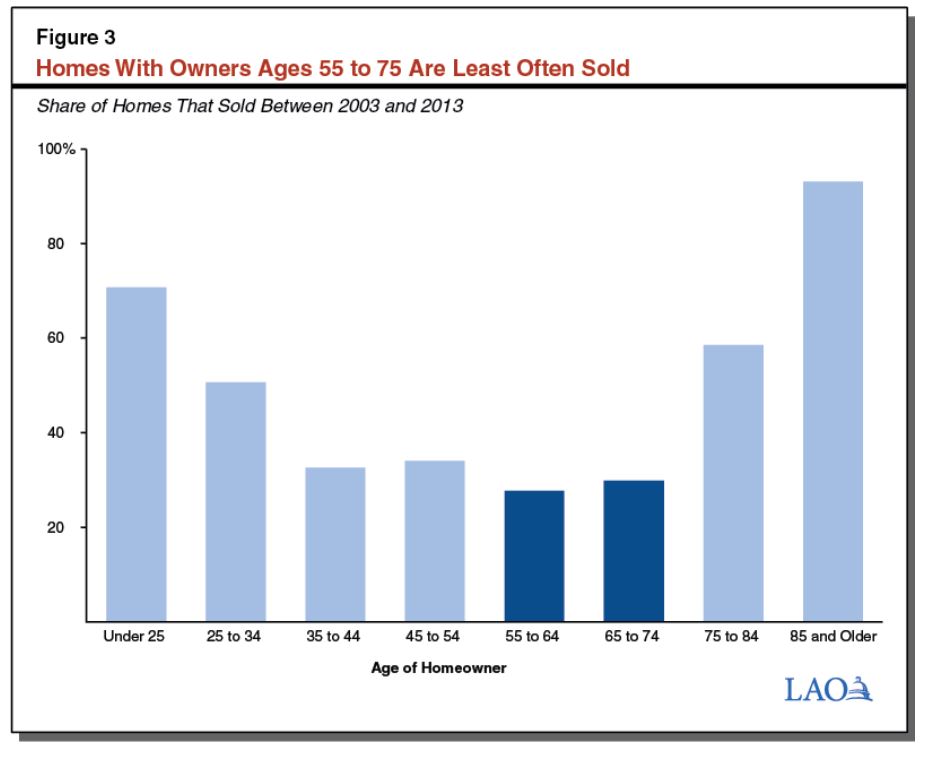 Daytrip sent in this article (link below) on baby boomer sales, and how the transfer of homes from parents to children are likely to dampen the supply of homes for sale – and somewhat limit the property-tax receipts:

But then I went to the actual report for more info and graphs:

They do expect more boomer sales – it looks like a growing trend as more boomers get into their mid-70s:

Home Sales Likely to Pick Up as Homeowners Get Older. Although the aging of California’s homeowners has depressed home sales in past years, this pattern is likely to reverse in the future.

As California’s homeowners continue to age—transitioning from the 55 to 75 age group to the over 75 age group—more and more will begin to downsize, move into assisted living or with family, or die. When this occurs, home sales are likely to rise.

Between 2003 and 2013, over two-thirds of homes in California with owners 75 or older were sold to a new owner, compared to less than one-third of homes with owners ages 55 to 75.

Different Rules Apply to Homes Passed From Parents to Children. In general, when a home is transferred to a new owner, its taxable value is reset to its purchase price.

California voters, however, passed Proposition 58 in 1986, which amended the California Constitution to exempt transfers between parents and children (and later grandparents and grandchildren under certain circumstances under Proposition 193 [1996]) from revaluation. This allows a child to inherit their parent’s lower taxable property value. 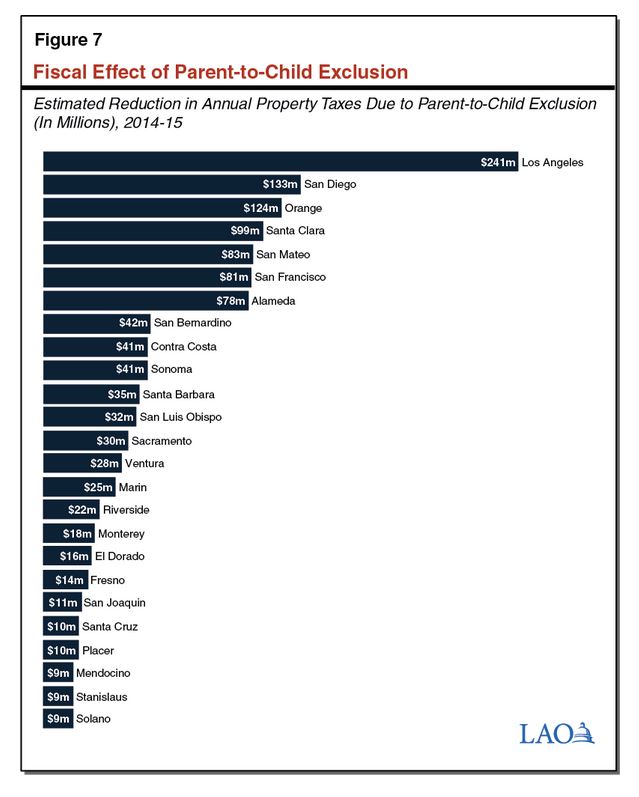 The report shows the parent-to-child transfers to be around 10% over the total homes sales over the last decade, but it should be going higher, especially in the higher-cost coastal counties!

Parent-to-Child Exclusions Have Had a Notable Impact on Revenues. Over the past decade, around 10 percent of property transfers have taken advantage of the parent-to-child exclusion to prevent an increase in property tax payments. Figure 6 shows how many of these exclusions have been used each year during the past decade. 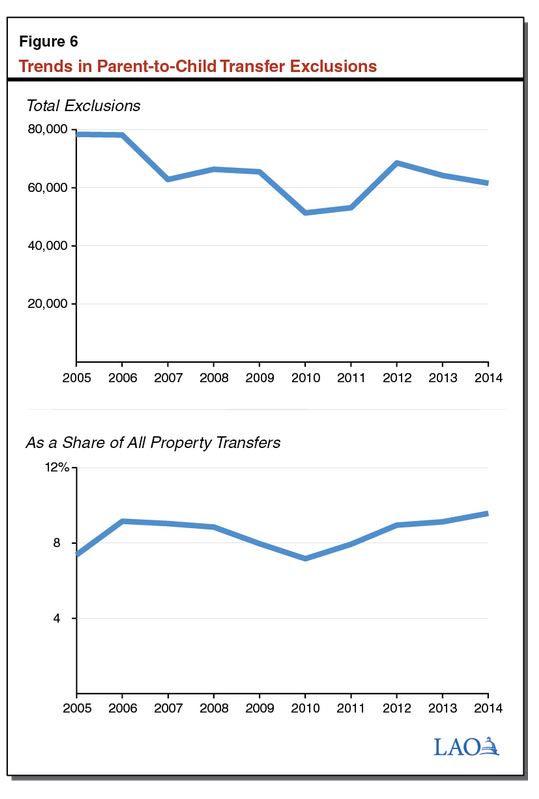 San Diego County is the second most populated county in the state, so no surprise we’re #2 on list at $133,000,000 in estimated reduced taxes.  Those are a substantial number of homes being transferred within the family!

Their $133,000,000 estimate could be a tad off, but we probably have 10% to 20% of the potential supply of homes for sale being transferred within the family.  No wonder the public supply is so limited.

It is a trend that probably started to increase in 2013 as prices took off.  Parents realized that with the low tax basis, a child would be better off moving into the family homestead, rather than buying a resale home and paying full boat on the property taxes!